The Arch: We have no control over our inspiration and the anarchy of our imagination.

The Arch has recently released ‘Fates’, an album that should resonate for a long time. The band is thirty years old and continues to play live and compose new songs. We wondered how a band could keep playing for so long, and went to them with our list of questions. 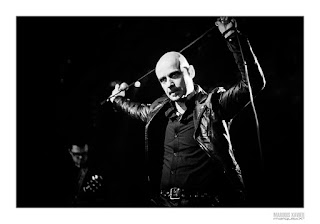 You now exist for 30 years, and you still have three original members on board. How is it possible that the Arch has endured for so long?

We suppose it's because we're friends. We really like to meet each other, to be together in our rehearsal space. If we don’t make progress on an evening, we still had a cozy and relaxed time together. We have had a number of ex-members who have stopped, but we can still call them friends, all of them.

How did The Arch start 30 years ago? 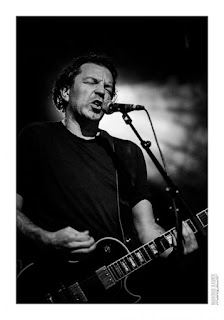 Your first EP ‘As Quiet As’ was an instant success. Songs like ‘Revenge Revival’ and especially ‘Babsi ist Tod’ still haunt you. How do you feel when you hear all those references to work that appeared 30 years ago?

The first record is very important for every band. It is the embryo of the future career. For early fans, the impression lingers longer. But there's more. The big advantage of this first record was that our songs were very simple, one guitar and one sequence. After that, we were less easily satisfied. Songs became more complex: an additional sequence here and an extra guitar there…. Before you know it, you are working too hard on a song, actually ruining it. With music, more than anywhere else, 'more is less' is an important motto. Regarding this point, we had a lot of discussion within the band. While working on a release, we need to take distance from the fact that we listen to that song a hundred times, and may be tired of it. We must always consider an issue from the viewpoint of someone who hears it for the first time, for the first listening is the most important.


You have worked with Ludo Camberlin for many years, the man who produced many important Belgian bands besides his own Poësie Noire. Few people remember that, but the early 90s you, The Neon Judgement and him formed the ‘Louvain-rave-on’ scene. The intention was - if I understood it correctly - to grow more to the dance scene. How do you look back at that? 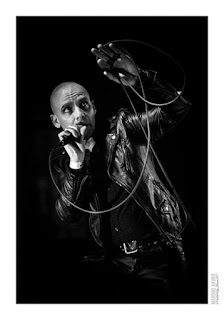 Musically, we have no plan. We jam together and we don’t know in advance what will come out of it. We have no control over our inspiration and the anarchy of our imagination. We are rather the followers of it, or even the slaves. The people who are kind enough to listen to our work, will label in one way or the other, perhaps leaning towards the dance scene. We have no choice but to accept that judgment.

I was struck by something as I scrolled through your discography: ‘In Sofa’ from 1997 is quite hidden away. It is impossible to listen to songs from this CD. Why is that?
‘In Sofa’ was a disaster in the sense that we mandated the mastering to our former record company. But they just laughed at it: no mastering, everything right on CD, so the sound is flat and quiet. We should let those songs be mastered again by Kenny KGB.

Actually, ‘Fates’ was produced by Kenny KGB of Simi Nah. The CD also appeared on Simi Nah’s Why2K label. How did the collaboration come about? 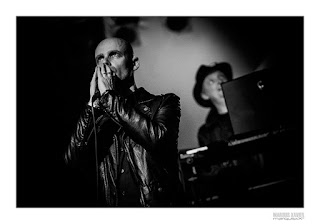 We were looking for someone new to mix us live. CUVG, Pieter and Ivan knew Kenny. And he went on tour with us. He did the mixing so well that we asked him to also mix and master ‘Fates’. He did so with such skills that we can say that his contribution to ‘Fates’ is essential. No ‘Fates’ without Kenny.

‘Fates’ goes further in the direction you turned to with ‘Engine in Void’. You use more variety, more atmospheric songs, trip-hop influences, background vocals by Chiffon's Tale ... Do you feel that you opened a new chapter in the work of the Arch?

If a band is presenting a new album with thirteen unprecedented numbers, it's always a new step. That will also be the case with the next album, on which we are already working. In addition, if people as Chiffon’s Tale and Kenny KGB come in, you automatically go in unprecedented directions in comparison to the past. A new chapter, as it is called.


You all have a family and a job. Yet I notice that you are playing regularly in all corners of Europe. How do you manage that? 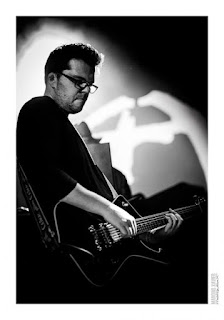 That is a very puzzling: higher mathematics. Peter, Ivan and CUVG are independent and can take their leave when they choose to. Ian has a crazy job as a forester and can also freely choose his leave.

You spend a lot of attention to the lyrics. These cannot be empty talking, as you once declared in an interview. It is noteworthy that Ian Lambert - who takes care of keys and programming - provides a lot of the lyrics, but also some outsiders work for you. How do you set the standard for a text?

We try to put something in it which will make the listeners think, whether or not with a specific reflection on their own lives. We have always enjoyed working with texts by ‘outsiders’, in so far as that term is valid. As long as they have something fascinating or intriguing as message.

You already had songs with German titles - ‘Babsi ist Tod’ and ‘Die rote Kapelle’ - but with ‘Immerzu’, you also have your first song sang in German. 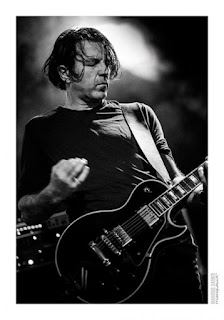 This text is actually a poem written by a girl who is shrouded in mystery: Pia. Only Ivan knows her, the rest of the group would like to meet her sometimes and learn to know her. But she remains conspicuously absent and invisible. Her poem fitted well on a blues jam that we were working on, and so ‘Immerzu’ arose.

You wanted the new album be your masterpiece. At least you said so in an interview from 2013. I think you succeeded. What do you think about it?

It's up to the fans to decide, but we are very satisfied. We have borne thirteen children, who can now live their own lives. We'll see what becomes of them. We now begin creating the following children ...