Lupi Gladius: We can say that we’re living the “death of Europe” and there is nothing that we can do.

Fabio Vitelli asked me if I was interested to do a review for his latest single by his project Lupi Gladius. We already knew him from his band Hidden Place, but Lupi Gladius makes dark folk music in the style of old Ordo Equilibrio, so it was obvious I was interested! So interested that after hearing those two songs, I felt the urge to give Lupi Gladius a forum to talk about themselves.

DE: Can you introduce Lupi Gladius to our readers? 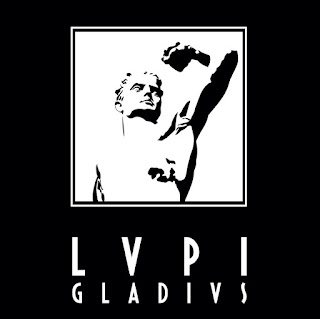 LG: Lupi Gladius has born in 2002 in a small town  from the south  of Italy called Pisticci.Our passion and love with some kind music atmospheres together with our love for art,(literaure, history etc.) nature let starts everything.Then there were not so many bands in neofolk scene.It was really a music for few,yes, as now, but not like 14 years ago.Remembering well it was more underground than now and we have from that time really nice memories , from music to our time spent together.

DE: While Hidden Place is a darkwave/synth based bands, Lupi Gladius chooses the path of dark folk/martial. In which outfit you feel yourself the most comfortable?
LG: We feel comfortable in both outfits. They’re different but at  the end you feel the same approach to music.It happens sometimes,when we finish to write a song we ask ourselves: “Do you think this song is for Lupi Gladius or Hidden Place?”.So we decide with which project fits better that song .As composition is in a way the same outfit, as arrangements is of course different. 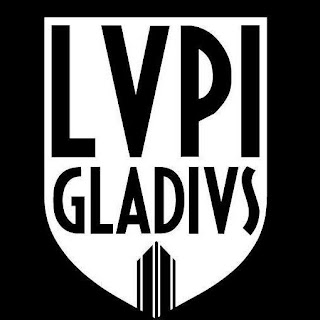 DE: You started Lupi Gladius in 2002, but it took ‘til 2013 before the first cd was published, why so long?
LG:Yes, true.In 2003 we stopped with Lupi Gladius til 2013.This because we spent all our time with Hidden Place.We dont why this ,but it has happened.Maybe we could have published more Lupi Gladius albums but we dont know if we would be satisfied for it.We think that it’s not needed to make many albums otherwise you risk to be repetitive and ,in our opinion, unsatisfied except if you are a “pioneer”of scene like Death in June or Current 93 or Sol Invictus, or you are able to make an album different from the previous one giving something new.Making many albums similar  is quite quite annoying.We focus on quality and variety and not on quantity  and repetitveness of songs.At least we try!Thankfully there are also bands that fit with our opinion. 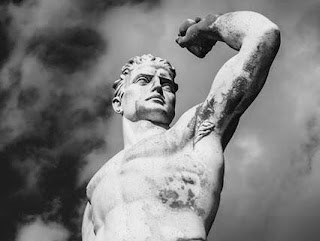 DE: In the past the members of Lupi Gladius did a guest performance on La Mia Piccola Guerra of Egida Aurea, was that because you were already friends, or how this that collaboration took place?
LG: We have been glad to take part of “La Mia Piccola Guerra” as guests and this happened because of beeing friend with Diego Banchero.It has been a nice experience !

DE: On Lucania, Lupi Gladius’ first album, Spreu & Weizen and Waffenruhe did a remix, two fantastic bands in my opinion. Imagine you have carte blanche, which artist(s) would you love to work with?
LG:We would like to work with Death in June (including old members) and, as well ,with David Tibet.We think they’re fathers of our music scene.We would love to have Douglas P or D.Tibet with their vocals ☺

DE: Is De Sideribus the harbinger of a new album, are you working on it, and if so, can you tell us more about it? When will it be released, and is it on a label, or just as the single self-released? 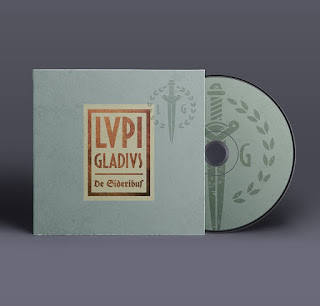 LG:For now there is not album planned but you never know,things can change and we could release it.We’ll see.

DE: We all know Italy had some of the best bands to offer, especially in the dark folk scene, which automatically brings high expectations to listeners when they know a band is from Italy. Do you see that as an encouragement or more as a restriction?
LG:We are happy to hear that italian bands are followed abroad.We think that in Italy there are many interesting bands and ,as italians,we are so glad for it.The thing we like about italian scene is that every band gives something of itself and ,because of it ,bands are different eachother and so good .It’s hard to find here bands doppelganger 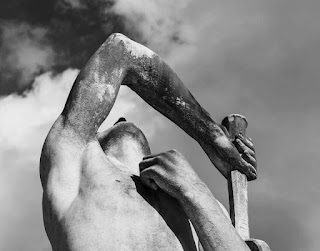 DE: When push comes to shove, what are your favourite albums in the dark folk/martial genre?
LG:There are different albums that we love like “Nada”, “But What ends when the symbols shatter?”, “Rose Clouds of holocaust”of Death In June,” Trees in winter”,”Lex Talions of Sol Invictus”,”Thunder perfect Mind”,” Island” of Current 93.We are quite sure we would say more  other albums of bands mentioned.

DE: In dark folk and martial there will always be the endless discussion about politics. I see music and politics and two different matters, but apart from that, what’s your look at Europa of today, and the world in general?
LG:The european situation is sadly bad and in the way how it goes, let us think that it will be always more worse.Yes this our opinion seems so negative but it is like that. 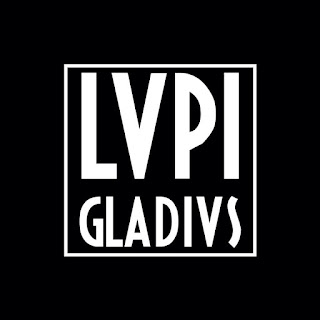 We can say that we’re living the “death of Europe” and there is nothing that we can do.We ‘re hearing just  nice promises and words but we dont see any facts.

DE: Are there plans to perform live with Lupi Gladius, and if so, where and when can we see you guys play?
LG:Like for a new album we will see also if we will perform live.Just need wait for a bit and see how things evolve.