LACRIMOSA released their latest CD - "Hoffnung" - at the end of 2015 to celebrate their 25th birthday. After the very experimental ‘Revolution’, this album returns to the classic sound of LACRIMOSA. Brilliant compositions, in which grand orchestrations alternate with harder rock. LACRIMOSA soon will be performing In Belgium for the first time in seven years, and apparently, Tilo Wolff is delighted about it. He tells us more in this interview.

Hello Tilo. You released ‘Hoffnung’ at the end of 2015. We love the album. What are your own feelings about the album? 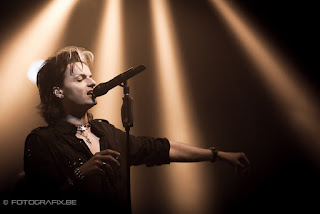 Tilo Wolff: Great to hear that you love it! Well, for me this album is some kind of the essence of LACRIMOSA. I’ve been working on this for over a year and every note, every word is a piece of myself. The whole album is like a child, like my baby!

The thematic is somewhat different from the predecessor ‘Revolution’, which was based on social critique. On ‘Hoffnung’, you return to more personal themes as love and loneliness. I can still hear echoes of ‘Revolution’, though, for instance on the title track. Is there an overarching theme on ‘Hoffnung’? If so, which one?
Tilo Wolff: I think Hoffnung – hope – is a word with many facets. Mostly it is meant in a positive meaning. People hope for something good or at least something better than the current situation. That opens the fact that hope has something to do with time. Hope reaches into the future by considering what lies in the past. And hope considers the current situation. Without time there is no hope and without hope, there is no future. No-one could live through only one single day without the hope to make it through that day and even further. These are already a few facets of hope. But there can also be wrong steered hope. Hope upon something that never ever can be fulfilled. This can strain and destroy an entire life. So hope is not only something positive. These all are facets of hope, and of this album. 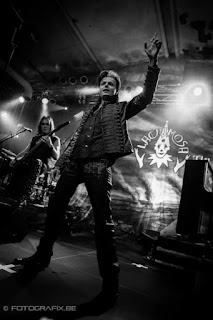 For the first time, Lacrimosa formed it’s own ‘Lacrimosa Session Orchestra’, in which you also played trumpet. This must have been a lot of work that could have saved if you worked with an already existing orchestra. Why did you choose to form your own orchestra?
Tilo Wolff: Actually it is the other way round. I worked with so many orchestras as a client who is dependent on the working process of the orchestra. And these working processes are seldom made for such rock productions. They might work very well for preparing concerts or recordings from known classical composers, but when you come with your own scores – music they haven’t heard before – and with recordings – the previous recorded band – to which they are supposed to play along, these working processes they are used to are not helping. So I gathered musicians that I knew from previous recordings, people from which I know that they understand what LACRIMOSA is about. So these recordings were much more focused on the music and less on the organisation. But still, writing all scores and rehearsing with so many musicians is always a hell of work!

You released two excerpts of ‘Hoffnung’ on YouTube with great animations. This makes me wonder: will there be a video clip for one of the song on the album?
Tilo Wolff: I love visual transformation of music and would have loved to get a video done for the new album. Unfortunately there was not enough time between the end of the production process and the beginning of the tour.

‘Hoffnung’ also saw the return of Stelio Diamantopoulos for the artwork. We have noticed that he wasn’t implicated in the artwork of the last CDs, but he did conceive most of the covers of Lacrimosa since the beginning of the project. What made you work together again?
Tilo Wolff: Well, actually he made all studio album covers without reception. Only the cover of the unreleased-track-compilation ‘Schattenspiel’ was made by Alla, a Russian artist. 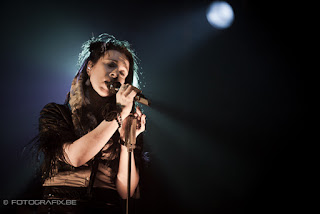 We were looking forward to the release of the DVD of ‘Live in Mexico City’. It is now included as a bonus on the limited edition of ‘Hoffnung’. A nice present for the fans, for sure, but I am somehow surprised that you didn’t try to reach to a wider audience with the DVD. Or will there be another edition aimed at a wider public?
Tilo Wolff: No, after I realized that we couldn’t release the CD and the DVD of “Live in Mexico City” at the same time, I skipped the idea of releasing the DVD as an own product and rather thought to pay back the patience people had to invest by giving the DVD more or less as a present.

You recently came back from a tour promoting the new Lacrimosa CD in Eastern Europe, Asia and Latin America. Just before you went on tour, you broke your foot in a car accident. Did you succeed to play the shows without too much harm?
Tilo Wolff: Hehe… I can tell you I would have loved to skip this accident. It was sometimes not easy to play the shows with this broken food and the injured knee, but after all it went really well. We could play all the shows and I even managed to get up from my chair a few times without damaging my leg again. So now I am totally motivated to enter the stage of this second part of the tour on my two healthy legs again! 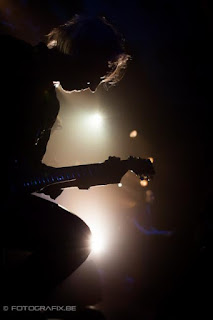 You are now embarking on a new tour, in which you will also play in Belgium for the first time since 2009. How do you feel about that?
Tilo Wolff: Very excited! Belgium was the first country outside of Germany that invited LACRIMOSA to a concert back in 1993. I will never forget about this! Since that time, Belgium has this special place in my heart and therefore I am very happy that we got invited again!

David Bowie has died recently. He was a huge influence for the goth scene, and I think also for you personally. What are your thoughts about his death and his influence?
Tilo Wolff: Yes, he was and is my hero. And I still can’t believe that he is not with us anymore. Of course I am happy for him, that his suffering came to an end and that he even could set a final spot behind his wonderful career with his final album. But for us who lived our lives with his music, we will always miss him when we hear his voice!

Thank you for this interview. Any last thoughts?
Tilo Wolff: Thank you as well. I want to say that it will be an honour for us and for me personally to play again in Belgium after 7 years! I am looking forward to a wonderful night!

Lacrimosa will play at Kerelsplein in Roeselare on the 27th of February: facebook / tickets 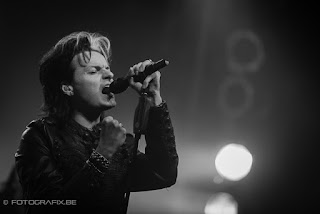