Das Ich: When I saw Stefan and the doctors told me that he will not be able to survive this I already said with tears good bye to him.

It is almost a miracle that Das Ich still exists. Singer Stefan Ackerman suffered from several brain haemorrhages in 2011. He fell into a deep coma. The chances he would survive were very small. But he did. And so, we are able to watch them live again at the Dark Xmas festival on the 26th of December in Waregem. We had a friendly chat with composer Bruno Kramm and Stefan.

Dear Bruno and Stefan. Thanks for giving us the chance to take this interview. The most remarkable thing is that Das Ich is back after the serious brain haemorrhages Stefan Ackermann suffered from in 2011. His life was seriously threatened. He almost died. How did he recover? 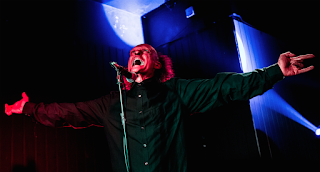 Stefan: Long and hard work. Without the help of my band and the fans it would have not been possible.

Bruno: Stefan had basically to learn all again from taking a shit to eating, writing, talking, walking. But we motivated him constantly by telling he has to work hard as a new tour and album was planned.

I remember being at the WGT in the Agrahalle in 2011 when the news was made public. Against all odds, you decided to perform with guests Myk Young, Vic Anselmo and Oswald Henke on vocals. It was very moving. What made you decide to proceed with the concert?

Buno: When I saw Stefan and the doctors told me that he would not be able to survive this I already said with tears good-bye to him. But still I wanted to make a strong signal for him with this performance. Something like a last tribute. The fans sent such a strong wave of emotion, I think somehow this helped a bit to recover...

It’s rare to recover from 7 haemorrhages. Stefan, are you still suffering from sequels?

Stefan: I’m 95% recovered. But it is still hard. I often have headaches and panic attacks but being on tour helps a lot.

Bruno: I tried also to organize mainly beautiful concerts like in South America that are also some kind of vacation. But honestly: on stage, Stefan is back at full pace. 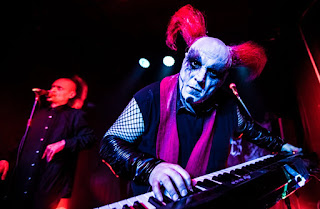 In 2013, you chose to come back at the WGT. Was it important for you to choose the WGT for the first concert?

Bruno: We are guests of the WGT since the second edition and it is somehow the big family gathering. We love to be there as it feels so close to us.

Are you working on new material for Das Ich? The last cd - the EP ‘Kannibale’ - already dates from 2008. A new CD - ‘Koma’ - is announced since 2010, but never materialised. Is ‘Koma’ still in the pipeline? What can we expect?

Bruno: Koma is in fact a done album but it is so much spoiled with the real Koma Stefan suffered. The songs seem to be from a different world and feel not like home. Therefor, we decided to work on new tracks for a coming release in 2016.

The concert you will give at the Dark Xmas festival will focus on the early years. I guess we can expect some work from ‘Die Profeten’ and ‘Staub’. How do you see the concept of the ‘early years show’? 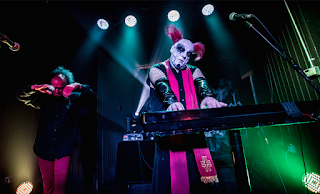 Bruno: Of course we will put a focus on these early years and we love the concept of this festival. We are also really happy to join Alain’s great festival after so many years again. Waregem was one of the first foreign places we went in our early career. So it feels like a homecoming.

When you look back at the early years and the evolution Das Ich has made musically since, how would you describe it?

Bruno: We started from something what we called Neue deutsche Todeskunst and had a quite idealized vision of what we are doing. Then you try on the following albums all kind of different new momentums but finally you always come back to what you have started when you were young.

Thank you very much for this interview!