Syrenomelia: The drunk rural constable at the local pub. 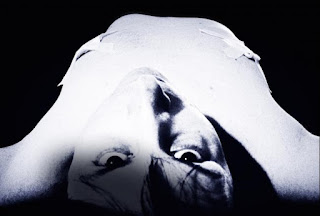 Recently we got acquainted with Syrenomelia, the project of the Brussels-based Wim Lankriet, via the single A Rose Shattered. Since promoting local talent remains the main objective of Dark Entries, we immediately contacted him for a more extensive introduction.
DE: Before Syrenomelia you were musically active under the name Magdalena Solis, which was introduced to me by my colleague Peter De Koning, who described this as sublime. Is Syrenomelia a continuation of this, or do both projects continue to exist independently? 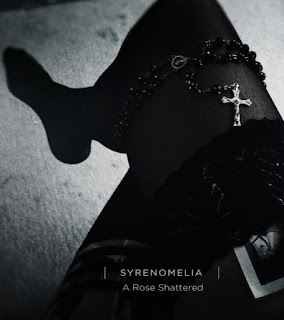 WL: Magdalena Solis came to a definite termination in 2013. At that time I needed something different, and started experimenting with piano and soundscapes. But I remained nostalgic for the guitar sound of Magdalena Solis. So, for some time the embryonic Syrenomelia had two faces: ambient piano vs alternative rock. But in the end I always enjoy myself the most doing loud guitar music. That’s what I prefer to listen to, so that is ultimately always the best choice for me. So in certain aspects Syrenomelia is indeed a continuation of Magdalena Solis.
DE: A Rose Shattered is your second single after Weight Of A Beautiful Mind, are there already solid plans for a first full-length album?

WL: The next step is a 4-track EP. I actually find it quite interesting and exciting for now to just release singles and EPs. My creative phases usually consist of 4-5 songs in which I see true potential. Currently I’m doing auto release so I put my own money in production, promotion etc... A full-length... to do this professionally and get the most out of it, I don't know if I could handle this financially and logistically. I would need a label for that.
DE: There is a common thread in the songs on your new single, the title track is based on the English Mary Bell, the other track "Like The World Outside" is more generally about the atrocities that children are capable of. Purely out of sociological interest, or can we state that a child trauma is at the root of this?

WL: The title track was only inspired by Mary Bell in the beginning, and rather briefly: about an aging prostitute with perverse specialisations, in which she is surpassed by her daughter. When I spoke to a friend about these lyrics, she started to talk about her mother, and about her own psychological problems and self-harm, due to abuse during her childhood. Then I largely rewrote the text, based on what she told me, and also on the relationship with my own mother.
The background of Like the World Outside is the rural village where I spent most of my childhood. Lots of wanton children and violence, air guns, home-made weapons, torture of animals, all sorts of abuses... There was no police, only a rural constable who was drunk at the local pub all day. So young people just did as they pleased, with all kinds of sad and tragic consequences.
DE: Hailing from Menen in West Flanders, you settled in Brussels. Did you experience the move from the provincial area to the anonymity of the big city as a cultural shock? 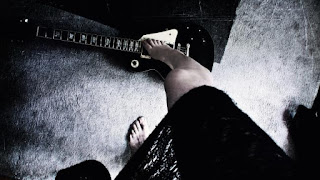 WL: No not at all. The area between Menen and Poperinge is quite heavy and violent. Studying and going out in Ghent and Brussels felt much more "civilised". And also, since my childhood I have been fascinated by androgyny, bisexuality, crossdressing, the sort of things you better keep to yourself in rural and provincial environments. So my student life in the city was a huge liberation, an environment where I could be more myself and where I met more like-minded souls. It gave me the feeling: now my life can finally begin.
DE: How long have you been living in Brussels, and how do you like it there? It is a city that is often portrayed in a very negative way, especially by people who do not live there themselves. Are they right or not?

WL: I have been living in Brussels for twenty years and I quite like it. Of course it largely depends on the neighbourhood you live in. I live in Sint-Gillis, on the border with Ixelles, and there it’s quite cool and nice. But half a kilometre down to the Gare du Midi it’s a completely different world. I love Brussels but I don't really benefit from the city. I prefer to be at home to (obsessively) work on my project :) I feel best in my own creative universe and in general avoid contact with the outside world.
DE: Musically you tap from different kegs: you know how to merge indie, gothic and metal into a unique sound. I suppose your influences are very diverse, which artists have left a mark on you as a musician?

WL: I have always been eclectic and curious, pop, rock, world music, experimental etc ... I can find interesting and qualitative elements in various styles. The last two years I listened a lot to music from the 80s and 90s. Alice In Chains was the main influence ... their guitar sound, dark atmosphere and lyrics, the unique polyphonic vocals. The Smiths always remain a major influence, the brilliant songwriting and lyrics. I love the candidness of that period, how songwriters exposed their souls. And how compelling this was for the fans. For me this is something that was lost too much in the last 10-15 years. And I definitely wanted that in in my project, lyrics that touch people’s hearts. Little by little I found this in more recent projects such as Darkher, Emma Ruth Rundle, Chelsea Wolfe ... and this greatly inspired and motivated me.
DE: Psychological turmoil and subversive sexuality form the common thread in the music of Syrenomelia, we read in the press bio. Okay, time to confess and share your secrets! 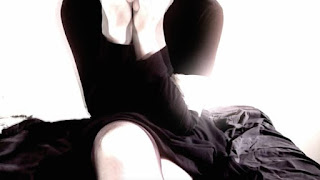 WL: Most of my lyrics are based on a long period of a promiscuous bisexual life, seeking various experiments, with a preference for unusual and sadomasochistic experiences, and frequent drug use. Due to naivety and poverty this increasingly led to shameful and traumatic experiences. I still struggle with painful memories and feel I need to write about it in my lyrics, to somehow turn it into something beautiful and valuable, so that I feel that it was worth the pain, even the most terrible experiences. But I always add a good deal of irony and sarcasm to it, I don’t want it getting too melodramatic.
DE: Syrenomelia refers to the rare condition where the legs of a child are fused together, like a mermaid in other words. Why did you just choose this name?

WL: I found this on a Polish blog with photos that instantly fascinated me. Something rare and strange, and therefore a perfect match for my lyrics and visual interests. On this page "syrenomelia" was spelled with "y". I thought this was the Polish spelling, found it beautiful and decided to keep it that way. However recently I discovered that in Polish it is also simply "sirenomelia", so in the end the name is derived from the erroneous spelling on that blog. Incidentally, I pronounce the "y" like "i" in the English "in".
DE: You do everything yourself at Syrenomelia, is it the intention to play live, or do you consider it purely as a studio project.

WL: I played live with Magdalena Solis. Only the first time it was a truly gratifying experience. After 2-3 times it was already less fun, and I started to feel it was messing up my creative routines. Syrenomelia on stage would require a full band line-up, and even then I would not exactly be stoked about it. I sometimes do things live via Instagram, just spontaneously, and that’s more fun.
DE: How exactly does a Syrenomelia track come about?

WL: It takes quite a long time, many months. I like to fine-tune and try out various arrangements. It’s not unusual that at one point I have 10 versions of a song. And then suddenly I am tired of searching, and then allow myself 7-10 days to record a final version. I love to pretend that I have limited studio time, as if I have to pay per day. That helps, because in a home studio environment you can endlessly keep shaping, which is not always a good thing.
DE: Not only in music, but also in visuals you have a keen eye for details. As we can see in the pretty awesome video that you made together with a few befriended artist for the title track of your new single. With whom did you work with for this? 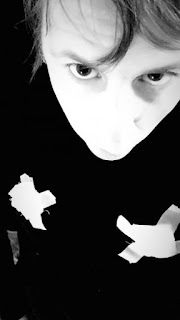 WL: At first I had something in mind like Suede's Animal Nitrate video, and for this the dark erotic photography of Lilith Room Noir seemed perfect. Then the other two befriended photographers joined in. I like to work with Instagram contacts. I quite easily find people there who are on the same wavelength. Working via chat has its pros and cons. But I like to give people freedom, just chat and exchange ideas, and let them improvise. And then cut and assemble from it. My girlfriend helps me a lot with the edits and design, she does this as a job so I like to leave most of the magic to her.
DE: My first introduction to Syrenomelia happened thanks to the remix CD from the Ashtoreth album Pilgrim. A one-off thing or are there plans to work together in the future?

WL: Rather one-off, because I am not exactly the collab type. I enjoy working with other people for videos, but for music I feel best working alone and on my own compositions.
DE: As it is the end of the year: what was the musical discovery of 2019 for you?

WL: I always live a bit in a cave :) But I still occasionally discover stuff. Newly discovered projects I enjoyed in 2019 were She Made Me Do It, Paradise Lost, Me And My Two Horses and Blurred Twin.