Theatre Of Hate: I for one do not wish to be working for someone else's reality or profit.

Theatre of Hate has written music history with 'Westworld'. They made post-punk with gritty, raw songs that were not overflowing with optimism. The group lived a short but powerful existence until the group merged with Spear of Destiny in 1982. Today, however, it is Theatre of Hate that makes itself heard again. In 2016, Kinshi came out, an ambitious double CD, and in November the group will perform at the Breaking Barriers festival in Leuven. Malcolm Nix had a conversation with Kirk Brandon. 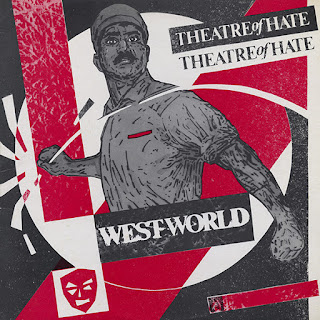 It may surprise some people to find out Theatre of Hate is still around. Where do you find the energy to keep this band going? Do you still feel as motivated as you did when the band was founded in 1980?

We all hoped it would come back together when it was right. Now is definitely the right time. The music feels fresh as does the new recordings we have released, the 'Kinshi' album. It takes an enormous amount of energy out of me but the motivation to bring this innovative music to people is still there in all the members. Also, we all feel its lyrics are even more relevant to today than even when we started. A paradox, perhaps.

The band has taken some time off during the past decades, but in 2016 you released the new album 'Kinshi'. Are there major differences between the new album and the older output or is this just a logical sequel to previous albums?

The band members have all 'had lives' inbetween the decades since its formation. I feel we have still captured the spirit of what the band was and is about with 'Kinshi'. It was very anti-establishment and anti the program and I feel it has continued on into the new album material. In a world where artists rarely protest we are still banging nails into the program and it's hypocrisy. The music still sounds threatening and edged. 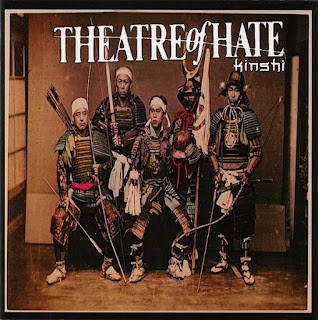 The line-up has also changed a lot since the first few years of the band's history. Do you think this has a significant impact on the sound of the band?

The line up still contains 3 of the original members: Stan Stammers, John Lennard and myself. Obviously Billy Duffy runs The Cult but is still a great friend. One of the drummers, Nigel Preston, died and we are lucky to have Chris Bell on drums (Chris was originally from the first line up of Spear of Destiny).

The new album was financed partially by means of a crowdfunding campaign. What are your experiences with this new technique? Can you recommend it or are there any disadvantages the uninitiated wouldn't think of at first sight?

If you can do a crowd funding yourself, it is a great way forward. This should be your first port of call. After you have done this yourself, there are various companies who would then perhaps take you on if they thought they could expand the sales of your album. Obviously they would take a percentage but that goes with the territory. Be wary but see your options. 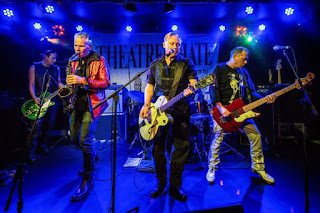 Do you think it would have made a big difference for the alternative scene in the 70s or 80s if modern-day crowdfunding possibilities had been available back then?

Enormously. It would have put the initiative in the hands of the bands. It would have opened the door to so many more bands to self-finance and reap the rewards of their artistry.

What do you think of the contemporary alternative scene? Is it still relevant? Does it still have the potential to radically change the way the entertainment industry functions? Or should we resign ourselves to a life in the shadows, at the edge of the socially acceptable?

People are as relevant as they feel they are. If what you say means something to you then there will be people who will listen. Is the scene relevant!? Absolutely. We create our own reality. I for one do not wish to be working for someone else's reality or profit. It takes guts and belief but doesn't all the greatest music take this. 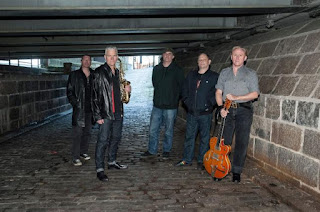 On November 10th you will be playing at the Breaking Barriers festival in Het Depot. It has been quite a while since you played in Belgium. Can you even remember how long it has been? What will be the big differences between your previous gig in Belgium and the one we will get in November?

We're looking forward immensely to it. We haven't played in Belgium for many years but with band members becoming available and their will to do it, I expect we will be playing more in Belgium and Europa.

Do you know any of the other bands on the line-up? Do you consider all those bands as part of a scene you can relate to or do you consider them as artists who happen to feature on the same line-up? 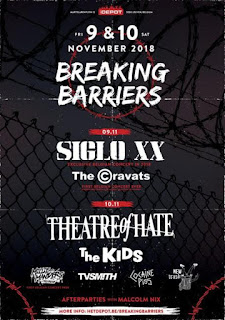 Everybody has a relevance to the alternative scene. We ALL comprise it. We come from basically the same standpoint, all trying to do our own music. Once in a while I get to a band and they blow me away, it's something I look forward to. It makes it interesting. Tim (TV Smith) is a great old friend and true artist, alway good to be on a bill with Tim.

Theatre of Hate is a band that doesn't tour Europe on a regular basis. Do you think the whole Brexit scam will affect the touring possibilities of English bands in Europe and vice versa?

The idiots who voted for Brexit won't stop us doing what we want to do. If we have to go back to getting visas and carnets, we will. We plan on having 2 sets of shows in Europe this year, and on the second set hope to expand it to as many European countries as possible. There is always a way forward through idiocy.