Whispers In The Shadow: I have no high hopes for humanity anymore.

Whispers In The Shadow has made a name as a supplier of gothic rock inspired by occult themes. After a break of four years - the band kept playing live and singer Ashley Dayour made a number of records with The Devil & The Universe and Near Earth Orbit - they are back in a strange transformation. 'The Urgency Of Now' is in fact the most political record of the band. And of course we wanted to know everything about it.
Dear Ashley. The new cd ‘The Urgency Of Now’ sees a thematic shift for Whispers In The Shadow. You finished your occult series counting four releases - ‘Into the Arms of Chaos’, ‘The Eternal Arcane’, ‘The Rites Of Passage’ and ‘Beyond the Cycles of Time’ - in 2014. The new cd seems to focus on current events and politics. Why this shift? 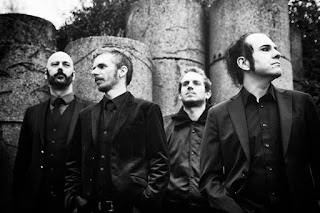 For me, everything was said and done concerning the occult driven themes. It took 7 years to complete the cycle and after that we really needed a change of things, otherwise everything would feel far too safe for my liking. Besides, in these times I would feel sort of silly still singing about magicians who are dead and buried for 100 years or more. Don’t get me wrong I’m still very much drawn to these sort of things, but there are more pressing matters at the moment. As an artist you do have a certain responsibility to speak up. For your audience but also for yourself. We don’t have the luxury anymore to say: this isn’t my concern.
The title track ‘The Urgency Of Now’ seems like a call to action. You said you wanted to evoke a sense of urgency. What’s so urgent about the current situation?
It’s actually less a call to arms as such, it’s more a call to be aware of the here and now, not getting distracted by everything else going on. And if you see it as a call to arms, which isn’t completely wrong either, well the urgency is kind of obvious isn’t it? Open a newspaper, walk down the streets and look into people’s eyes and tell me these matters aren’t urgent. If you still think that way, well ignorance can be a blessing.
‘Detractors’ seem to handle the problem of ‘fake news’. Conspiracy theories are popular, people and organizations are trying to influence elections by spreading messages on social media… ‘No one controls the controls’, indeed. Though I am skeptical about some measures authorities put forward which could lead to censorship. Is the real solution not to raise critical awareness while maintaining free speech? 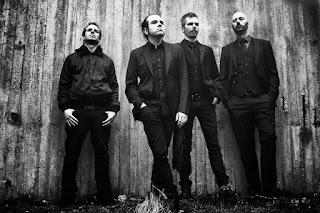 There is a big difference between free speech and the use of F-News to influence people. The problem of course is how democracy can survive without giving up one of its basic rights. As for all these conspiracy theories and why they are on the rise, look it is pretty simple. We are living in uncertain times, we are standing on the crossroads, but people want certainty. A conspiracy theory provides exactly that. The world becomes black and white, things become clearer. There is someone to blame and for sure that is not yourself or your kind of people. That is exactly how all the populists in the world are working. They provide simple answers to very difficult questions. Questions nobody has the answers for actually. The problem with all that, people seem to forget there is and never was any certainty of any kind. Every certainty is an illusion.
‘A Rhythm Called Zero’ refers to an artistic performance by Yugoslav artist Marina Abramović, in which the public could do to her what they wanted with a number of objects. Some people did hurt her and at one point someone even pointed a gun - one of the objects - at her. Other people in the public intervened to stop these destructive acts. It seems a good metaphor for today’s society. If people are given power and freedom, will they use it in a destructive or in an ethical way? 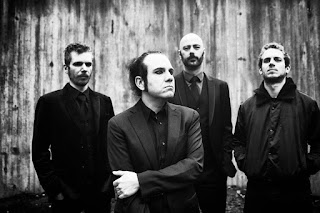 Indeed, humans have a thing for destruction, for self-destruction actually, because that’s where it leads to in the end. And as we are living in a total capitalist society, profit will always be the one thing that spins the wheels. It’s all a machine. I have no high hopes for humanity anymore. The only thing one can do is: be a better person with the people you know, but also in general. Don’t give in to all the hate and fear mongering going on. And always, always think twice before screaming out in anger! And never ever raise your hand. Violence can never be the answer to anything.
I’m a humanist. I value life. I will never understand why someone would be so stupid to raise the hand to another person. I don’t get the concept. I never have. Not even in schoolyard. I never understood the fighting, it always seemed like total weakness to me.
But I have to point out this very song is also about the respect artist and audience should have for each other, especially the former to the later. Today, I sometimes have the feeling the audience thinks they kind of own the artist, which of course never is the case.
You said the lyrics of the closing song ‘Exit-Gardens’ are central to the theme of ‘The Urgency Of Now’. You refer to the Greek myth of Kadmon and Europa, in which Kadmon leaves Syria to look for Europa, who has been abducted by Zeus. It is not difficult to see a link with Syrian refugees fleeing to Europe. On the other hand, people are looking for the Exit-Gardens, so as not to be confronted with this problem.
Exactly. You got it a 120% right. Exit-Gardens is written from the point of view of that kind of person. Someone who thinks he can stay away from all that, who just wants to have a good time and is not taking responsibility to speak up and go against what is going on. A total egoistical asshole, so to speak. When I write songs, even when singing in the first perspective, I don’t always necessarily write about my own point of view. Sometimes I invent “characters” and sing from their point of view. I think about how they would see things, what are their motivations, et cetera.

Were you inspired by events in Austria? I mean, the far-right party FPÖ have reached a high score in the presidential elections and are now in the government led by the christian democrat Sebastian Kurz, based on an anti-immigration agenda.
Well by far not only in Austria. It is happening all over the world. The despots and detractors are on the rise everywhere. I have to point out the album was already recorded when they won the Austrian election. But it wasn’t exactly rocket science to see that coming, to call myself a prophet would be total self-indulgence.
The sad thing is that the conservative party is now also way more on the right side. There is not much difference anymore between the far right and the center right. There is no center right anymore, actually. Their anti-immigration politics are just the tip of the iceberg, though. There are a lot of things going on. Education, labor politics… It feels like everything is going backwards at light speed. It’s frightening really. But what concerns me the most is that I have the feeling that a lot of people are about to give up on resistance, at least here in Austria. I’m afraid that people are about to get used to this kind of ultra-right-wing politics, it’s becoming “normal”. I totally despise that. 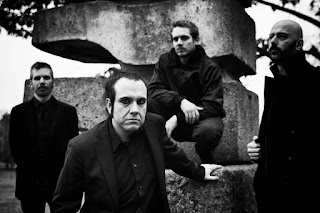 So international politics inspired you too. I might be wrong, but I can’t help thinking about Trump when I hear ‘The Rat King’, which of course refers to the Pied Piper of Hamelin. Perhaps it’s the line: ‘Trumpets instead of flutes’…
Yeah. Like a said above, it’s the overall state of the nations. The whole metaphor with the piper and all that, well I couldn’t think of a better one. This album is very much rooted in the here and now, hence the title. It has nothing to do with escapism and in that way, it is the total opposite of what we did before. But - and that is very important - I’m not telling people what to do. I ask questions, I don’t have the answers. What we did with this album is providing a mirror to reflect the times we are living in. A mirror to reflect one’s self in all this mess. It’s upon the listener to look into it, to reflect. If this album makes just one listener think twice it has fulfilled its purpose and was worth it.
There’s a reference to Aleister Crowley in ‘Watchcry’, some occult references in ‘Lake Of Fire’, and H.P. Lovecraft was the inspiration for the ‘Exit Gardens’, which Alan Moore used in his comic ‘Providence’. It seems you can’t completely leave these references -which you have used for a very long time - behind. Why are they so dear to you? 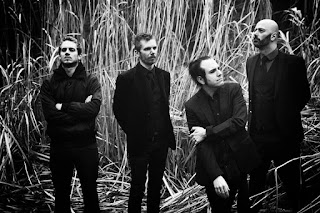 Because they are still part of my life and always will be. Like you said there are some references here and there, but they are more hidden, they are more part of the songs but the songs are not about them.
You said it is very important for you to be understood correctly this time. Some of the references require some knowledge and perseverance. Do you expect the audience to understand all these references? And why is this so important to you?
I personally think it is kind of lazy to write a song with lyrics like
“Fuck Trump and the FPÖ” or something like this. Other bands do that way better. For me it needs to be a little bit more lyrical. I also think our audience is clever enough to decode some of the metaphors. The big difference this time is, it’s an album that actually can be understood. With the predecessors, I knew 80% of the people out there wouldn’t have a clue of what I’m writing about. And since I’m not a preacher, I couldn’t have cared less. But this time there is indeed a message, which is: think twice, don’t give in to all the hate and fear mongering, stay human and choose life!
Pictures: Maria Wagner