Lacrimosa: When I made ‘Testimonium’ I was kind of in trance.

In 2017, Lacrimosa released ‘Testimonium, an album which combines absolute darkness with absolute beauty. We had a pleasant talk with master brain Tilo Wolff about the present and the past of his project.

We are absolutely astounded by the new album ‘Testimonium’. It is dark and beautiful. You announced the cd as an homage to artists deceased in 2016. Indeed, the opening track ‘Wenn unsere Helden sterben’ contains references to David Bowie, Prince and even George Michael… In what sense did their passing inspire you to make this cd? 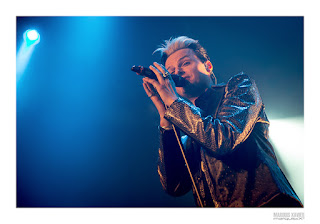 You know, I grew up with Prince and later, when I got in contact to alternative music I discovered David Bowie’s work from the 1970s. So, those two musicians made me fall in love with music and they both shaped the way of understanding and listening to music for me for many years. Now, when they suddenly died only a few month apart from each other, as well as the death of so many other great artists I respected a lot within the same year, a part of my childhood and my youth died as well. This was a loss and a sorrow that needed to be expressed in – of course – music. And ‘Testimonium’ is the result of this!

The new cd offers very much a consolidated Lacrimosa sound that is similar to that of ‘Hoffnung’, your previous cd. Lacrimosa has been known to evolve in sound at every new release. Do you still try to change your sound, and if so: what new elements did you bring on ‘Testimonium’? 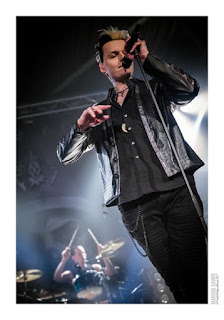 On this album I was more concentrated on the compositions themselves. When I made this album I was kind of in trance. I couldn’t think of anything else but this music that was fulfilling and at the same time haunting me. ‘Testimonium’ is probably my most subconscious album.

The evolution in sound was obvious on ‘Revolution’, which I still love very much. You tried things there that were unheard of in the world of Lacrimosa. How do you look back on it?

Yes, after ‘Sehnsucht’, which was the first album after a short break in which I was busy supporting another band, I wanted to achieve a new sound like I did back in 1995 and then again in 1997 with ‘Inferno’ and with ‘Stille’. But this time it was supposed to be a sound that would carry LACRIMOSA for several years and albums because after all these years I want to achieve a certain constancy. The reason for this is actually very simple: when I listen to METALLICAs self-titled black album, I want to get more albums with that sort of stuff. But there is nothing more like that. The previous and later albums are – mostly – also pretty cool, but they are very different. So, after doing so many various albums I now want to combine my personal favorite things within LACRIMOSA and want to stick with them for a while.

Can we look back at an earlier milestone? ‘Elodia’ - out in 1999 - is a fan favorite and contains the most orchestral sound up to that date. If I’m well informed, it was a very hard time for you. What memories do you have of composing ‘Elodia’? 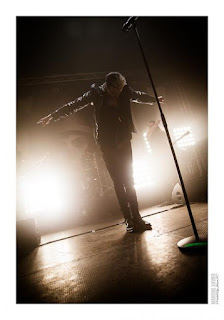 Yes, it was. On one hand I was personally not in the best shape – at least during a certain period of time while working on the album – and on the other hand the production was hell! It became far too expensive, partly due to the trade union of the orchestra, so I couldn’t pay my bills anymore and at a certain point during the production I couldn’t pay the musicians and the studios anymore. The entire project nearly collapsed while I was completely broke privately.

Back to the new album. You released a beautiful video for ‘Nach der Sturm’. Many artists think that videos are important to promote an album. What are your thoughts on that? Will there be other videos from ‘Testimonium’?

Yes, friends of us made a very artful clip for the title song “Testimonium” upon the entire ten minutes of the song, which is to be seen on our YouTube channel. This clip is very intense but of course no promotion video. After all, I myself don’t like to watch videos when I see that they are only made to be for promotion. I want to be entertained and I want my emotions to be triggered, but making videos is always a challenge in many ways.

That was great! I love working with good and inspiring artists because the result is always something that none alone could have done. Especially working with fellows from the own history and past is very interesting. To find out how they developed and what happens, if you come together again. If the chemistry still works, if you still can inspire each other. You know, we are all living in our own universe, with our own phantasies and with our own understanding of this world. Now, upon that it is so beautiful when people start working together, sharing their innermost with each other by doing new art. It is like a journey through strange worlds and receiving a lasting souvenir! 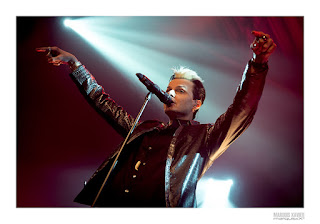 2016 saw the release of the long awaited new Snakeskin-album ‘Tunes for my Santiméa’. It is very different from the previous two Snakeskin albums. We also have the feeling that you wanted to reach out to the dance scene with songs as ‘Alive’ and ‘Take Me Now’. Can you tell us more about your aims this cd?

I am a huge fan of the Eurovision Song Contest and those songs are a little inspired by the music I hear there. On the other hand I feel that this album is very close to LACRIMOSA, if you think about the title song or songs like ‘Le seul vrai’, but after all between this album and the previous one there are ten years and that is most probably the main reason for this development, just like if you would compare ‘Angst’ from 1991 with ‘Fassade’ from 2001.

Finally, 2016 saw the first Lacrimosa concert in seven years in Belgium. It was a huge success and you even edited a video for ‘Die unbekannte Farbe’ from the concert. Were you happy with this concert? Will there be a show in Belgium on the ‘Testimonium’-tour?

Unfortunately it was not possible to arrange a show for ‘Testimonium’ in Belgium again, but I am eager to come back again because the Belgians are one of our best audiences ever! 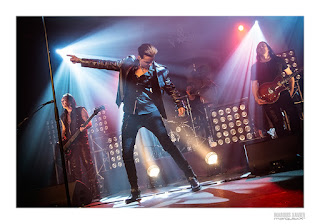