This Morn' Omina: We respect aspects of all religions, as each has a granule of truth.

We have waited six years for a new CD of This Morn’ Omina, but ‘Kundalini Rising’ is - again - a work of class. We asked master brains Mika Goedrijk and Karolus Lerocq for more explanations.

‘Kundalini Rising’ is released after a pause of six years. Even if we heard that the cd was ready in 2015, it means you worked four years on it. Why did it last so long? 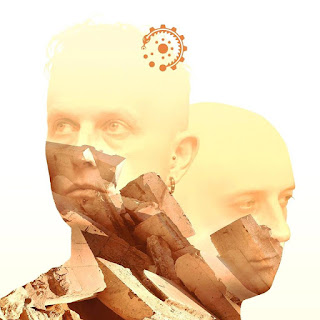 Karl: The release was delayed because of the label change, the development of the artwork and visual concept side, as well as getting all the merch designed and produced. It was a long arduous process!

Sal-Ocin from Empusae left This Morn’ Omina in 2010 and was replaced by Karolus Lerocq, who helped compose ‘L’Unification Des Forces Opposantes’ six years ago. Do you have a good working relation? What changed compared to the days with Sal-Ocin?

Mika: After 2008 (Momentum of Singular Clarity), I was left to my own devices as creative input in the band. Karl and I met up in 2010 just when I started working on ‘l'unification des forces opposantes’. A one track collaboration (Nevi'im) led to that said full album and the ‘Kundalini Rising’ one you have today. Karl never replaced anyone. The band was restructured in 2012, becoming This Morn’ Omina as it is now.

Karl: Kundalini energy resides in all human beings, but gets locked down in its flow due to everyday stress and exhaustion. By directing focus on it, it can be made to flow freely, which saturates the body in serotonin and such, which really boosts creativity. Neither of us are devout Buddhists, but we respect aspects of all religions, as each has a granule of truth. In Kundalini's case, the religions and sects of the Far East just happen to encompass awareness of Kundalini energy.

The song titles often refer to elements of mythology in different cultures and traditions. Are the titles connected to the inspiration of a song, or does a song receive a name after it’s conception? 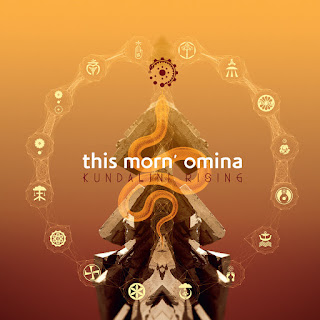 Karl: The inspiration first - always! There is really no way to finish a track without holding a vision.


Mika: Sometimes, but rarely, the track titles change in favour of better conveying the concept of the track.

There is an ‘Artbook’ edition with more illustrations and comments on the different mystic and esoteric references on ‘Kundalini Rising’. Do you feel the urge to explain these references?

Karl: All the track titles have ‘obscure names’ for most people, and to be able to better share these concepts, the label first came up with the idea to write a bit about each. But this was a two-fold idea, as we all wanted to reach a closer connection with the listener. This was how the art book came into being.


Mika: It might be seen as an urge to explain things but as Karl said a closer connection was our goal. We do not see ourselves as teachers of the arcane, mystic and what not. We just share an accumulation of knowledge throughout the years. Up to the listener to go in deeper.


Mika, I heard you talk about the ‘multiverse’, which seems to be a mystic concept in which elements of different religions can interact in unity. Can you tell us more?

Mika: Your question answers itself. One true religion does not exist. If you delve deeper into history and religious history you will find many similarities if not blatant identical truths. This shows we are all connected. So it follows we interact in unity because of it. The fact that people tend to fight over petty differences in concepts or names is inane in my opinion. 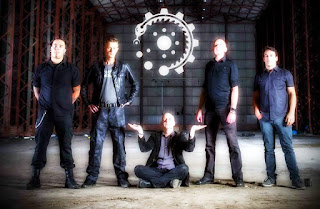 This Morn’ Omina has always presented itself as a duo in the studio and an expended band of five persons on stage. As far as I know, it is the first time that the live musicians also participated on the record. Did it work well?

Mika: It worked very well. I was very happy to have everyone actively involved in the production. We are not only lifelong friends, we share a common goal, which is to create good music and express ourselves.

I guess many gigs will now follow. One of the concerts will be at the Wave-Gotik-Treffen in Leipzig, where you are very popular. What do you expect from it?

Mika: WGT is the first in line (after our try-out in Roubaix with Dark Discharge). Noize of Life in Mannheim is confirmed. In August we have a great spot at the Gothic Dark Wave Festival in France. Further gigs need to be confirmed officially. What to expect? Well anyone who has ever seen one of our concerts knows we go for the kill. Us and the audience. Resulting into the now famous stage invasions.