Frozen Nation: We are afraid to have mistakenly made a hazardous crossover between darkwave, goth, EDM and disco music…

The next Dark Entries Night is coming. On Friday, May 20, we propose two novice Belgian groups that we think you should know. One is Frozen Nation, a band from Brussels that plays 'Dark Belgian Disco'. You'll find out what that means in the interview below. 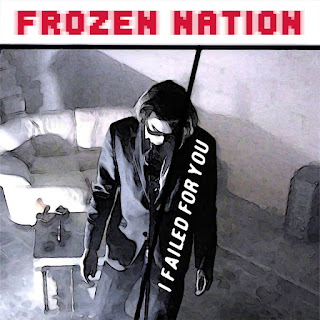 Hi there. You will be playing at the Dark Entries night on May 20th. As not that many people know you already, it is perhaps wise to just present yourself…

Hello Xavier, hello Dark Entries readers! We are Frozen Nation, a Belgian band, we are afraid to have mistakenly made a hazardous crossover between darkwave, goth, EDM and disco music…

If I’m not mistaken, you started out as a trio from Moss, D and D. How did you meet and how did you decide to make music together?

We’re in fact a four-piece band with Moss, D & D and Elvis the old unique modular synthesizer built by an unknown genius engineer during the 70s. We all met at Spector Studio in Brussels, where D&D work as music producers, and started to jam around Elvis, that’s how we made the basic structure for our 1st song “I Failed For You”.

Indeed, we first heard about Frozen Nation trough the single ‘I Failed For You’. It seems to have been recorded very professionally, and you also did a nice video clip for it too. You put the stakes high with this song, didn’t you?

It has been mixed and produced by D&D, we wanted to reach something enjoyable with a dancing beat, catchy choruses and a cold & 80s imprint at the same time, the same for the video!

“I Failed For You” is quite characteristic of the style we wanted to reach : a strong contrast between Dark and Light !  It has been released on our label Sub-Continental and is available for download and streaming. 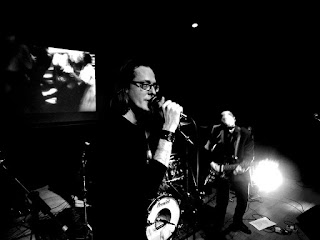 You call your music Dark Belgian Disco - which is also a track of yours. You refer to the new beat and EBM, both highlights in Belgian music history. Do you think there is a special Belgian feeling for this kind of electronic music?

Exactly, Belgium was the country with the most important number of disc shops /inhabitant in the world during the 60s and the 70s, it has always been a country of connoisseurs across all social classes, always among the firsts to be interested in any new kind of music. This historical background explains why the Belgian electronic music scene has always been very innovative.

We call our music Dark Belgian Disco because it is composed of dark lyrics sung with a dark voice over a driving beat with catchy melodies. Moss is more into dark music, D&D are not ashamed to claim their love of disco, EDM and pop-songs with simple melodies. That’s also why EBM purists will notice we’re not exactly an EBM band, although we love Front 242 which is certainly a national pride here in Belgium. (should we say that Moss is Bruxelian, that D&D are French and that Elvis is British?)

We indeed made a song called “Dark Belgian Disco”, the instrumental part is a tribute to the new beat where modular synthesizers were intensively used, we added a disco bass and we explain our vision of funky dark Belgium. 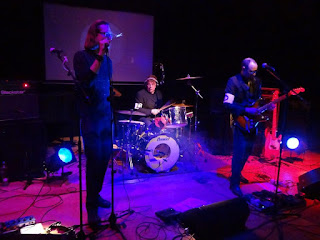 Another influence is the new wave of The Cure, Siouxsie, Bauhaus and many others. How do you see this mix of electronic music and new wave?

Punk movements in NYC, then in the UK, Joy Division, on the other side the innovations brought by the German electronic music pioneers, Detroit techno, it all went very fast to lead to New Order releasing Blue Monday which Quincy Jones qualified as the best “white” dance music track ever, it’s still nowadays the most impressive track of this kind!
Post-punk movements, thanks to the Pistols, understood that they could move mountains with their strong personality and aesthetic style, that’s what we love in the music from The Cure, The Banshees or The Psychedelic Furs… The Cures’ “Three Imaginary Boys” is a masterpiece of minimalism, definitely one of the best albums ever.

I don’t see a direct influence from Jethro Tull, but there seems to be a link trough your drum machine called Elvis. Can you tell us more?

Elvis, the unique modular synthesizer is part of the band, he can be heard on every Frozen Nation’s track, his father is an unknown genius engineer who built it during the 70s for the British progressive band Jethro Tull. Although we respect Ian Anderson as a showman, there isn’t any influence from Jethro Tull’s music on Frozen Nation, we have nothing to do with beard hippies playing flute! 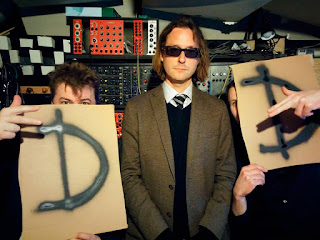 We first thought of making an EP but we changed our mind and decided to go straight for a full album. We almost recorded it all, then we’ll have to mix it and get it mastered, plus the usual pre-release promo phase, you’ll have to be a bit patient but it’s on its way!

And what about the live shows? What can we expect?
We’ll have some occasional venues and festivals in Belgium during May and June, you can check them on our facebook page, but we’re not really on tour for now. We’re also working on setting up some video projections during the shows with the filmmakers’ collective Ciclope.
Actually the best thing right now is to come watching us live at the Dark Entries Night XIV on Friday, May 20th in Ghent, be there!