Iszoloscope: "Fuck that guy for he revealed my secrets!!!"

We've talked with one of the headliners of the Coalescaremonion Festival, who recently released a fantastic new album (False Vacuum). Please welcome Yann Faussurier, better known as the master of powernoise: Iszoloscope. He'd rather let his music do the talking, but he also gave us a few words... 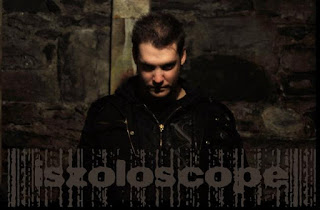 DE: Hi Yann, first of all congratulations with the fantastic False Vacuum album, and we'll hope you have a good time at the Coalescaremonium Festival!
Yann: Alright, thanks!

DE: The latest album is called False Vacuum, why did you choose that title?
Yann: It is subjective, so there is no added value in explaining it.

DE: It took nearly 4 years to complete False Vacuum, why did it took so long?
Yann: I had other projects on my plate, namely Voster, iVardensphere and Memmaker. Not to mention that my life was in a constant state of flux: I moved a few times during that period, in 3 different countries trying to make a new home for myself.

DE: False Vacuum already gained some nice reviews, I also think it's Iszoloscope's masterwork. How happy are you with the album?
Yann: Thank you. I'd rather not spend too much time thinking about it now that this is done though, time to move on and start the next project.

DE: There are two songs on the album which can be seen as very cinematographic songs. ('Experimenting With Truth'), part one is a dark ambient piece, while part two goes symphonic. Can we say 'Experimenting With Truth' is the album's key track? And what's the story behind it?
Yann: That's not how I think in my creative process and it's also completely subjective, there is no point explaining because it makes no tangible sense.

DE: You are playing the Coalescaremonium Festival, what can people expect from Iszoloscope live?
Yann: Lots of energy. No bagpipes. Also, probably no brass instruments. 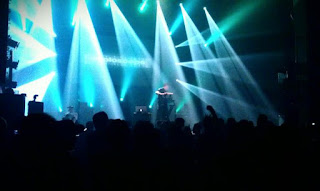 DE: Coalescaremonium stands out with a very varied line-up, are there some bands you would like to see?
Yann: It looks like an interesting event but I don't know any of these bands aside from SEM. I've been living in a liminal space that culturally felt like living under a rock for the last 5 years but I'm looking forward in being there and check out all these acts.

DE: Wesley (Coalescaremonium) told me you are living in Amsterdam now, how do you like Europe and the city in particular?
Yann: I'll just say that I feel that I should have moved to Europe over a decade ago and I think Amsterdam is great!

DE: Are there any differences between the European and the Canadian music scene?
Yann: A lot of things change in 5 years so I doubt my opinion still hold any truth as of today.

DE: To end, a question from Peter de Koning (Dark Entries): he told me you love to play games, which classic game you would like to write a soundtrack for, and what would it sound like?
Yann: Who told you this!?! I bet it's my nemesis Randy. (Peter just found this information on the Discogs page of Iszoloscope) Fuck that guy for he revealed my secrets!!! Anyway, it would probably be Double Dragon because it could use a lot more brutal soundtrack since what happens on the screen is a lot more depraved and insane than what the original music inspires.

DE: Maybe a next project, who knows. Anyway, have fun in Brussels! 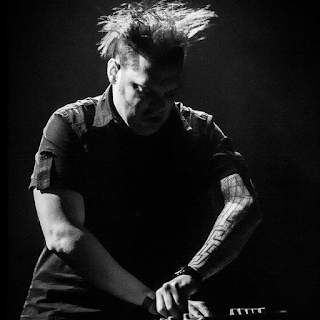