AlNamrood: One slip can get us to jail for the rest of our lives, if we don’t get killed before that.

Making music at the risk of your life? Few people will be willing to do that. AlNamrood does. AlNamrood comes from Saudi Arabia, and metal is completely not done there, especially if your lyrics rebel against society and religion. How it is to live in such conditions? We asked AlNamrood guitarist Mephisto... 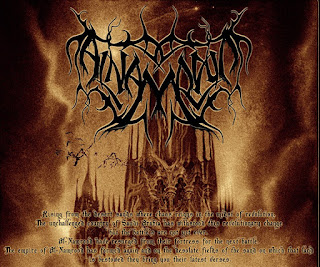 You play black metal in Saudi-Arabia, an extremely religious and conservative state. You already had small problems with the security services of your country. If arrested, you might even face the death penalty. So you keep your identities secret and are extremely careful in your communications. How big is the threat to your lives and how do you deal with it?

Bigger than colossal! To be a blasphemous band is equal to raging war against the entire country. Islam is the constitution of the country and the Islamic regime is the approved system of politics and law. Moreover, to be anti-religion is to announce apostasy, which is directly punishable by death in the islamic law of Saudi Arabia. We are not in any contact with anyone here; we keep our life extremely private.

Your records are recorded in a very professional way, which is surprising for a band operating in complete isolation and secrecy. How do you manage to do that?

By using a PC and basic recording equipment ordered online. Thanks to the internet, we manage to get our sound in decent form but also pleasing to our ears. Of course there are no studios here as they are ‘Haram’. Everything is done at home in a very discreet environment away from the public eye and ear.

Mephisto, you are the only constant member in AlNamrood. The band has seen several musicians come and go, especially singers. Isn’t that also a threat to the secrecy you live in? How do you create contact with new potential band members? 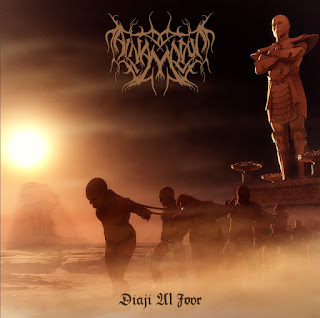 Of course, that was the biggest issue of AlNamrood… AlNamrood started as a two men project. It was founded by a former vocalist ‘Mukadars’ who shared his interest with keyboardist ‘Ostron’ to create a Middle-Eastern Metal band based on Arabic lyrics. But when things got serious, some members decided to hold back, especially since we see people go down on a daily basis for silly acts such as posting tweets or photos that offend the muslim society. Basically, some members saw the risk as unworthy. The second vocalist was from the Bahraini band ‘Narjahanam’, but he was just a guest vocal since the he quit while we were recording the second album. The third vocal came from the band ‘Thamud’ from the United Arab Emirates, and was also a guest vocalist. He stated he could not go further with AlNamrood. The fourth vocalist is Humbaba. He is the current vocalist and the most willing one to go on with this battle.

Some people suggested that you would rather come from Syria than from Saudi-Arabia. What do you reply to such an allegation?

Well, we don’t care. We do what we like and it is up to them what they think. We have no interest in correcting people minds in any context. 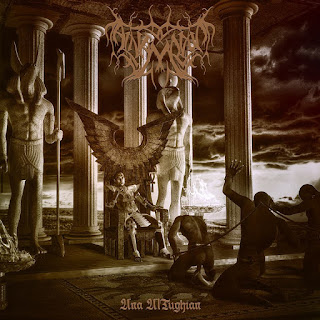 Apart from the song titles, we don’t have much information on your lyrics. We can guess, however, that they deal with important subjects such as history and philosophy. Why do you keep them secret? Wouldn’t they be helpful for people who want to understand your music?

Simply because it can be held as tangible evidence against us. Up to now, we are fighting in a war of shadow. One slip can get us to jail for the rest of our lives, if we don’t get killed before that. We wish that our fans understand our position on that. We can’t afford plain risk just to insight people into our lyrics.

The thematic of your last cd ‘Diaji Al Noor’ (Darkness of Injustice) deals with the division of society between leaders and slaves. On the one hand, you could say that the people are too ignorant and deserve their status as slaves. On the other hand, you could call on the people to rise up and improve their lives. Can you tell us more about the way in which you approached the subject?

Both scenarios are correct. Leaders are tyrants. People are so ignorant to glorify them and enlarge their position, and religion is used to keep their minds away from the truth. Slavery is a two-sided equation, one side cannot force unless the other side accept it. In our album, we are describing this phenomena and it is up to the audience to interpret it, to digest it the way they like. 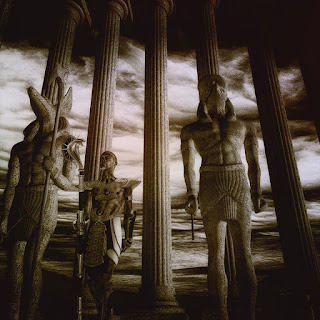 As the western world becomes more critical of the Saudi regime, the country seems to become even more repressive towards dissidents. Cases as Raif Badawi, Ali Mohammed Baqir al-Nimr and Ashraf Fayadh have been reported in the west, and we know that there are many more individuals like them, whose names remain unknown. How do you think things will evolve?

I think it won’t make any difference. While those people are viewed in the west as victims, they are viewed here as criminals who deserve death. Things go as the mass want it to go, the guilty and the innocent are the same. It is just how the societal system categorizes them. And this is how the government played it very well; the reaction of the mass was very supportive of the government decisions.

In Iran, two members of the metal band Confess were arrested. They are facing jail sentences for several ‘offences’ as playing in an illegal band and talking to foreign radio stations. They might even be sentenced to the death penalty if they are found guilty of ‘blasphemy’. What are your feelings about that?

We feel sorry for them. At some point we imagined ourselves in their place. What would we do? And are we next? However, we managed to keep our stand concrete regardless. I think when danger escalated to this level, these will be the first people to be granted refugee status in a country that value human life. 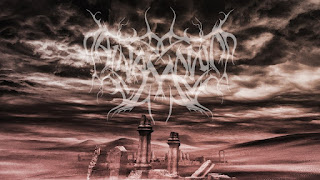 You are now working on a split-cd with the Kyrgyz band Darkestrah. They also play epic and folk-infused black metal. What can we expect from it?

You can expect it to be awesome! Speaking about our side of the split, we brought a different subject this time. Our concept is inspired by Shakespeare novel ‘The Merchant of Venice’ where we illustrate the injustice of usury trade and how the rich can manipulate the poor. Musically, the songs are heavy as usual and have AlNamrood unique touches lead by the psychotic vocal of Humbaba.

You said in several interviews that you would search for ways to leave Saudi-Arabia. Do you still intend to do so?

Yes of course, but they are some difficulties that I cannot speak of here. We are not sure if they will be cleared out in the near future, but we keep the hope up. It is what we live for.