Goethes Erben: Politics and society have generally used the arts and the cultural sector as whipping boys in the pandemic.

Oswald Henke is angry. Angry and disappointed. In the pandemic, the cultural sector was used as a scapegoat. Everything about culture had to be closed, while sporting events and travelling were allowed to continue. His income was severely reduced for two years as a result. Nevertheless, Goethes Erben released two beautiful records during the pandemic: 'Flüchtige Küsse' in 2020 and 'Elemente' in 2021. The live CD and DVD 'Das gestohlene Konzert' will soon be added. Enough reasons to listen to Uncle Oswald once more.
In July 2021 you released 'Elemente'. It is not just a CD, but a collection of singles about the four elements of nature: air, earth, water and fire. There is also a CD with some bonus tracks. What inspired you to work with this concept? 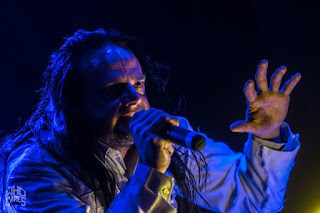 Oswald Henke : In times of pandemic, we had to adapt our way of working. We haven't been able to rehearse much in 2020. We discussed a lot through Skype meetings or on the phone, because you couldn't get together even as a band. So I thought to myself: let's put together in one box everything that Goethes Erben has produced as creative work and content. Past, present and also future. For this reason the 7" box 'Elemente' has also been released as vinyl + CD + soap + other extras. My creative work doesn't includes one single thing, but many small elements that then result in a complete work. 'Seelenbalsam' (the soap collection that Oswald Henke helped create, xk) for example only exists because during the pandemic I lost almost every opportunity to make money and then I implemented the idea of ​​vegan cosmetics based on pieces by Goethes Erben, Erblast or Artwork. We then created it and offered it as a product.
The soap 'Rebel' – one of the designed soaps from the 'Seelenbalsam' collection – is the representative of this in the box. The music consists of the chamber ensemble and the regular band, and the box contains old and new pieces… You will find all kinds of memories on the pins. All these things recall what makes Goethes Erben so special. All elements together result in my work. Even though Goethes Erben is always an ensemble performance, I am the artistic director and I try to collaborate with other creatives and thus set up artistic projects. I am not afraid to try new things out and have also tried to overcome the limitations imposed by the pandemic as part of the box concept.
But it is also true that 'Elemente' is available as a simple CD, but that is only one aspect of the idea behind this release.
On the release, Goethes Erben plays in two different ensembles: as a rock band on 'Spiel mit mir' and as a chamber ensemble on most of the other songs. The two ensembles also lead to several live concerts, completely independent of each other. How do you combine the two versions of your project?
I am the crossroads and at some concerts of the chamber ensemble, Markus Koestner of the regular band is also there as a percussionist. They are simply two different live ensembles rehearsing at different times and working independently on new pieces. So it is not really a combination. Rather: we can stage Goethes Erben in different ways. Whether as a band, as a chamber music ensemble or as a music theater production.
'Elemente' also includes 'Ölberg' versions of several older pieces performed by the chamber music ensemble. I love them. They appear to be leftovers from the recordings of your previous record, 'Flüchtige Küsse'. Why did you include them on 'Elemente'?
That's right, they were recorded in Ölberg church as part of the recordings for 'Flüchtige Küsse'. For 'Elemente' these pieces represent the past, which at best is an important part of the present and should also be an option for the future. We keep changing the live versions to keep them in the present. Arrangements can be made smaller or larger, or they can be left as they are. That's the exciting thing. The only important thing is that you don't destroy the "magic" of a piece.
In the song 'Zeit zu gehen', but also in the CD booklet, you criticize the measures surrounding the corona pandemic. You even say that 'society has failed'. What made you so angry about the measures? Why has society failed? 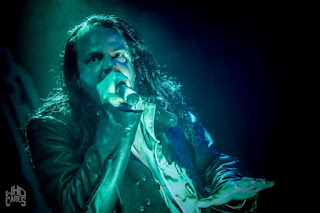 Politics and society have generally used the arts and the cultural sector as whipping boys in the pandemic. In principle, we as a band and I as a musician have not been able to give concerts at any time since the outbreak of the pandemic in Europe. We always had restrictions and conditions, while people attended football matches in stadiums or travelled all over the world to enjoy their holidays and then wondered why the number of infections increased again after the holidays. Culture was the first thing that kept getting turned off and one of the last things allowed to be reactivated.
Football in particular angered me, because football matches without an audience have only proven one thing: it's all about money, not about sport. It is about the broadcasting rights that must be served. Imagine a tour of The Cure of Placebo without an audience... Wouldn't that be crazy? Culture has no lobby in Germany, but what would people have done in these days without movies and music? I think people don't realize that until you just don't give them access to music or movies for a month.
The pandemic also had a major impact on the artistic world. You complain that both record sales and concert ticket sales have suffered greatly from the pandemic. What do you think are the causes and solutions?
I have no idea. After two years of not being able to plan anything, I decided to avoid a third year in this regard and only plan and offer concerts by Goethes Erben in and around Bayreuth. Only the festival in October (Autumn Moon in Hamelin) is at a distance. All other concerts take place in our neighbourhood. I also think it will take months if not years after the pandemic to get people back to concerts. Some will probably not come at all because after two years of uncertainty and fear they are used to staying at home.
'Elemente' comes after 'Flüchtige Küsse', which was released in 2020. We had seen concerts with the chamber music ensemble before, but this is a whole CD in this style. And it is brilliant! I heard it should have been a live CD, but because of Corona it was recorded without an audience. Why did you decide to record a CD with this ensemble and why should it have been a live recording? 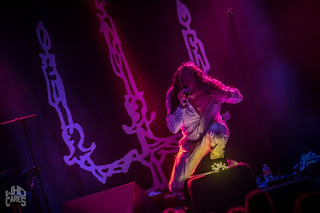 Goethes Erben has always been a strong live band and the chamber music arrangements in particular work most intensively when they are recorded live at the same time as an ensemble. That's why I wanted to record 'Flüchtige Küsse' like this. The titles 'Ich möchte fliegen', 'Zeit zu gehen', 'Darf ich bitten' and 'Fern ab vom Licht' were not recorded live. This has advantages in terms of mixing, but when you hear these pieces live on the upcoming DVD and CD 'Das gestohlene Konzert' you will understand why I prefer live, also in terms of recording the chamber ensemble. It's just livelier and more intense.
Sebastian Boettcher's compositions for the chamber music ensemble are very melodic. Your singing style, often referred to as Sprechgesang, has evolved in that direction, hasn't it?
Let's put it this way: with the chamber ensemble I sometimes hit the right notes. (laughs) Since the rehearsals here are much more intensive and complex, I also dare to expand my linguistic possibilities in a tonal way.
In your lyrics on 'Flüchtige Küsse' we can read things like: 'We all seek great happiness and forget to be just satisfied' and 'Sometimes it's just about getting through life'. How do you see things in this regard?
Exactly as it says in the text. Life is not always beautiful and sometimes fate is unfair and mean. But life is also the option on EVERYTHING, because if you don't live, you can't have beautiful things, fall in love, dance, have adventures or have happy moments. But a part of life is also experiencing grief and loss. It is important that we make something of our lives and somehow try to make the world a little better.
It gets more political at the end of 'Flüchtige Küsse': 'Because we don't believe anything anymore; no longer believing the facts' and 'arguing against ignorance is meaningless as playing chess with pigeons and religion'. Does the current affairs around corona and corona skeptics also seep through in these texts? 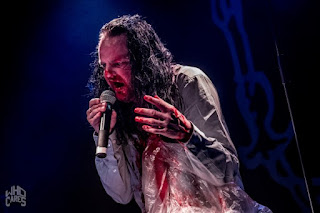 'Ich bin der Zorn', indeed. It is mainly thanks to idiots and toxic men like Trump, Erdogan, Bolsonaro, Putin and Orban that the world has become smaller and more intolerant in recent years. Conspiracy theories are on the rise and I'm actually waiting for the first pyres and book burnings. The democracies must now assert themselves and also clearly say goodbye to ruthless capitalism, in which only a small elite accumulate more and more money while the rest of humanity dries up. Whether financially, economically, socially or factually.
You also say that a new record is coming soon – the tenth studio album. Can you tell us something about it?
We presented X live with 5 titles on the X Tour 2021. We will present the new album live on September 17 in Bayreuth. However, the X album itself will not be released until the spring of 2023, as we need this time to record the album in a way that we are happy with during this pandemic period. The pandemic has slowed things down and put a lot of things on hold as well. An unwanted delay has disadvantages. But you can also make this circumstance a possibility and that's what we're trying to do with the concept of X.
Goethes Erben: facebook / website / youtube
Pictures: Luc 'who cares' Luyten
Gepost door xheviourmachine op 09:23