Whispers In The Shadow exists for 25 years, and that should be celebrated. A new compilation is out: ‘Gilding The Lily’, which consists partly of new recordings of the best songs from the past quarter century. The band has undergone a serious evolution during that period, and you can read all about it in the conversation we had with front man Ashley Dayour. Together, we discussed the entire career of this psychedelic wave rock group, the highs and lows and the permanent search for innovation.
Hi Ashley. We’re celebrating 25 years of Whispers In The Shadow this year. So, happy birthday. I suppose you were born out of the goth scene in Vienna. How was this scene at the time? What attracted you to it?
Thanks a lot. Originally, I’m not from Vienna. I grew up at the countryside far from the big city so to speak - if you can call Vienna a big city. So, I wasn’t really part of any scene really. Of course, the music was influenced by the sound of guitar driven wave and goth bands but the little gothic scene we had and have in Vienna got nothing to do with it. I also must add I’m not a big club fanatic, never was. I don’t go out much and I don’t know a lot of people. So, I can’t really say much about the scene back then, and the same goes for the goth scene now. It’s small, but always has been active. And there’s a few people who really keep it alive and just don’t stop doing so, which is admirable. 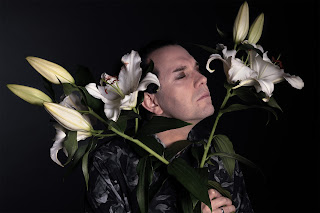 A long silence followed between ‘Permanent Illusion’ in 2001 and the live album ‘A Cold Night’ in 2007. You said in an earlier interview that this period almost saw the band disappear. What were the difficulties and how did you overcome them?
‘Permanent Illusions’ didn’t do well, neither with fans nor with the press. I was frustrated. Also, the band fell apart. There were private matters which were complicating things. The typical near 30 years of age crises. We also tried different directions. But nothing really worked. We recorded a whole album and tried to get our feet on the ground again. Parts of that album were released on the compilation release ‘Borrowed Nightmares And Forgotten Dreams’. Other parts remain unreleased to this very day. How did we overcome this phase? We finally found a direction which felt right. I began to have a clearer vision of what I wanted to do. And we also got us a new record deal. Within a year or so everything fell into place again.
The next big step must have been 2008, when you started a series of records around occult themes, a four-part cycle: ‘Into the Arms of Chaos’ in 2008, ‘The Eternal Arcane’ in 2010, ‘The Rites Of Passage’ in 2012 and ‘Beyond the Cycles of Time’ in 2014. Each album treats another alchemic state. In total, you have worked more than seven years on occult themes. The references to Austin Osman Spare and other occult writers are legion on these records. What did inspire you in their work?
I always was fascinated with Magick and Occult themes, and I wanted to get that into the music. However, it all began with the movie The Fountain from director Darren Aronofsky. That movie changed a lot of things. Overnight, I dived deeper into the subjects of that movie. So, the changes for me were obvious. I learned about the usual subjects, Spare, Crowley, etc. and that influenced my lyrics and music. And it worked. We were back. A resurrection! We also became a five-piece around that time. With Lazy Schulz on guitar our sound became much richer, especially live.
When I had the idea of writing 4 albums with these themes, I knew that this would be a lot of work to stay focused and explore that path to the end. After that fourth ‘occult’ album It took a couple of years to actually write songs again. Because clearly all was said and done with the that old direction.
‘The Urgency Of Now’ in 2018 saw you taking another turn: more direct rock and more political themes. Did the reaction of the public fulfil your expectations?
Just a few days ago, there was a review of ‘Gilding The Lily’ and the critique pointed out that ‘The Urgency Of Now’ is her favorite album. That happens a lot. When it first came out, I didn’t realize people liked it that much, or maybe it was a slow grower. We were one of the first bands of our genre who went more political. It was about time. And it certainly wasn’t expected from us. It’s a good album. Especially lyric wise. It was written pretty fast. It’s an album driven by hate but equally so by hope. I think that’s why it resonates a bit more with people. Because its themes are more universal.
On ‘Yesterday Is Forever’, the record from 2020, the music is more diverse than ever before, in my opinion. Even though you claim not to have started from an overarching theme this time, as you did on the last six albums, I can still see a subject connecting the songs: the relation between past, present and future. Do you agree?
Yes, you might be right. But that wasn’t planned. It was just something that happened. And I also agree that it’s our most diverse and kaleidoscopic album. I wanted to show the world and mostly myself that this band is still able to surprise and that we are not done yet. By all means I wanted to do the opposite of a nostalgic “back to the roots” record. Which is something most bands do around that point of their career. That doesn’t mean we will never ever record such a record though. I’m still very happy with that one. I consider it one of our best. By far actually. 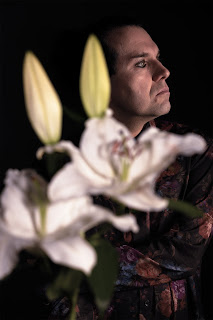 The new record – 'Gilding The Lily. A Retrospective' – is a compilation that was made to celebrate 25 years of Whispers In The Shadow. How difficult was it to select the right songs for the album? What criterions did you use?
It was very difficult indeed. If you have over a hundred songs to choose from, that’s not an easy task. My idea was to have at least one and maximum three tracks from each album. Of course, there are songs we had to include: the hits, so to speak. But I also wanted to take the opportunity to dig out some deep cuts, songs that were slightly forgotten or didn’t get the attention they deserved when they first came out. 'Pillowcase' and 'Halous At Dawn' are such songs. Also, the album is designed as a live set. My idea was to get away from the usual chronological playlists of such records and make it something else. Like a real album, actually.
You also chose to make new records of the tracks on ‘Gilding The Lily’. Sometimes you just changed the vocals, sometimes you rerecorded the whole track. Why was that?
I wanted it to be coherent in terms of production and sound, so it was obvious we had to re-record the older songs. Also, I’m a way better singer now than I was when we started. So this was a good opportunity to set things straight. And I wanted to make it special, even with the older material. I wanted to do something new. A lot of songs are updated versions which represent the band in the here and now. Take a song like ‘Back To The Wound’ for example. My vocals now have a different attitude than on the original 10 years ago. That goes for most songs, actually. We also did a new video for ‘Back To The Wound’. It was interesting to create something visual for an almost 10-year-old song, but somehow present it like it would have been on the last album.
Finally, when you look back upon these last 25 years… There have been a lot of changes in musical style, in content, also several line-up changes… But Whispers In The Shadow was always there. You always survived. What has made the longevity of the band, and what is the one thing that the output of the band has in common, that defines Whispers In The Shadow?
As long as I exist this band will most likely survive. It really is that simple. Of course, I have played with thoughts to call it a day from time to time, but then I think again and realize it’s stupid. I mean, if I would break up the band, we would be back in a couple of years anyway and honestly, I really don’t want to become one of these bands you know. We are way too honest for that.
Musically I think my voice is what defines the band. That’s what makes it Whispers In The Shadow. With all its pro and cons that is. I’m aware that I’m not a spot-on singer. But it is my voice, it got better and it is the one constant. And spiritual wise I would say our consistency is to do what we think is best. We were not always right, by far not. But that was never the point. Create music I’d like to hear and maybe surprise me and our audience from time to time.
In the end it comes down to that. That’s why we are still here. That and that feeling when you just played a really good concert. Which is about time again. There are some very interesting shows planed for 2022. Fingers crossed they will finally happen.
Whispers In The Shadow: website / bandcamp / facebook 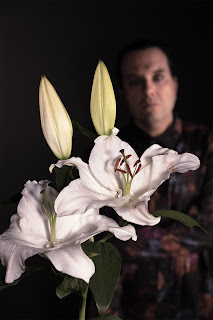