Hackedepicciotto: Anything that sounds unusual attracts me immediately 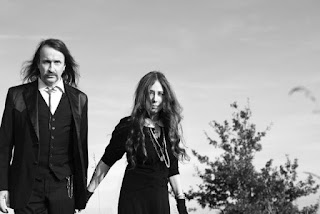 When the first names for the Black Easter festival were announced, we couldn't resist a jump for joy. We tipped Hackedepicciotto because, in our humble opinion, it was the right act for this festival. Luckily BodyBeats shared this opinion. Not only did the couple Alexander Hacke and Danielle De Picciotto released the very strong album Menetekel, both of them gathered a lot of musical experience through the years and thus were the ideal candidates for an interview.

DE: When our readers see the name of Alexander Hacke, most of them will automatically link it to Einstürzende Neubauten. Danielle, you’re know as one of the founders of the legendary Love Parade and was involved with Gudrun Guts Ocean Club, Space Cowboys, Die Haut and many other projects. Hackedepicciotto is a recent project, although you already made music together before. Is Hackedepicciotto a new start of something?

Danielle: hackedepicciotto is part of an ongoing work process Alexander and I have been immersed in since 2001.We have done very many different collaborations together over the years: interdisciplinary projects, theater plays, film music etc.. hackedepicciotto became our band name when we felt we had found the sound that fitted perfectly to both of our characters.

Alexander: Hackedepicciotto is the accumulation of our combined efforts in equal parts. Like the name suggest it is more of an symbiosis than a collective. We’re not a band with replaceable members, we’re one entity.

DE: You’re married in 2006, and the cliché wants us to keep work and private life apart. How do you manage as a couple to work together, does it bring some extra tensions, or is it just easier to work with someone that’s so close?

Danielle: We are working together not because we are a couple but because we complement each other perfectly in our tastes and talents. The fact that we are a couple is beautiful but even if we were not a couple I would love working with Alexander because he always comes up with something I would not and vice versa. 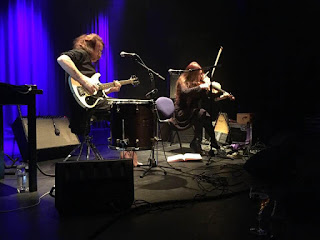 Alexander: We know and trust each other more and better than anybody else. At the same time we are very different from each other and may approach issues from opposite angles. That can cause friction, but in the end we are always better off that way and see it as an advantage to have a variety of ideas to draw from.

DE: Since 2010 you live as nomads all across the world, constantly touring. A very intense lifestyle which made you both decide to stop smoking, drinking, becoming vegan and start with meditation and yoga. Has this current lifestyle made you more conscious of life than before?

Alexander: Of course! And I don’t think that we would be able to survive tis kind of life any other way. It is also quite rewarding to escape that cycle of punishment and reward, of work - excess - hangover - work and so on, which particularly many artists are prone to

Danielle: This experiment changed my life completely. It has changed my perspective on art, health, spirituality and society. It feels as if I have been put into a fast forward motion of personal development in which I am learning things at double speed which I would have otherwise spent my whole life discovering.  The first and very important aspect was getting rid of everything superfluous in my life. That in itself was a life changing catharsis.

DE: Which brings us to ‘Nosce Te Ipsum’: did you met yourself on your trips?

Danielle: Most spiritual leaders or philosophers say that understanding yourself is the first step towards enlightment. It is also the most difficult. I would say I am starting to understand myself a little better but still have a long way to go.

Alexander: “Know Thyself” is the essential hermetic motto and a valid goal to aim for. “Be Thyself” and “Love Thyself” are the next steps. Necessarily in this order, because you can not be or love anyone you do not know.

DE: The first Love Parade was in 1989, initialy to celebrate the birthday of DJ Motte. Danielle, you were one of the co-founders of this event that became the biggest dance event of the world. How long did you do this, and how do you remember these days?

Danielle: Motte and I initiated the Love Parade because we felt that music can cross all borders and wanted to make a statement of peace and joy. The fact that it became so big was a confirmation that many people all over the world feel the same way. Another wonderful fact about this collaboration was that we made it happen with very little money. We had a lot of enthusiasm and the Parade became a symbol of the fact that everything is possible and miracles can happen. I was part of the Love Parade until we had 1.5 million participants. After that I decided that I am an artist and not an event manager and went back to doing music and art. The times in the late eighties and early nineties were magical because it was the beginning of a new era. Everything was new and exciting, the world seemed to opening up to something positive and Berlin was a playground of creativity. I am very happy to have been able to experience these years in Berlin because it gave me an incredible foundation of fun and know-how.

DE: I remember in the 90’s, it was absolutely not done when you were listening to what they called “alternative music” to listen to dance. Nowadays (fortunately) the musical landscape changed completely. It’s easier to get access to music, and back in the days everything was more divided into different parts. Berlin was always a very important city for music, was there a comparable reaction? 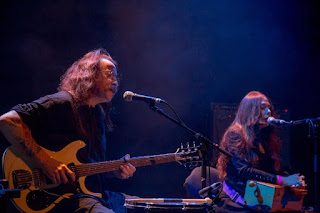 Danielle: Crossover has always been really important to me. My first band “Space Cowboys” was a cross-over hip hop/rock band and I was their singer whilst working in techno clubs such as the Tresor, so I never felt imprisoned in a specific genre. Berlin has always been a city that has broken down barriers. Being a interdisciplinary artist and working in different medias was already popular there in the eighties. That is why I moved to Berlin from NYC. I do not think there was a city comparable back then.

DE: Alexander, we can hear you throat-singing. My wife is a huge fan of Mongolian and Tuvan acts like Huun Huur Tu, Yat-Kha and AltaiKai. Where did your fascination come from, and was it hard to learn it?

Alexander: My musical tastes have always been very eclectic, so I am certainly aware of Tuvan throat singing. I started practicing it as a kid though, totally unrelated to music, by trying to talk like a robot to amuse my mates in elementary school. Much later I got introduced to recordings of Inuit people from Northern Canada and I realized that they apply the same technique and I started to explore how far I could take it myself, without a teacher or direct musical reference. I am still working on the overtones...

DE: Talking about the throat-singing technique: have you ever heard of the Russian monks of Phurpa? They practice upside-down and drink black tea with chili peppers and cream for their vocal chords. Do you have a special method to train your voice?

Alexander: No, I don’t know them, but will investigate. I also like some “pain" with my food though, which allegedly helps and to be a non-smoker can’t be bad either.

DE: You both also use a lot of less common instruments like the hurdy gurdy, autoharp and the Turkish kemençhe. Is this also due to your travels that those instruments had their influence on you?

Danielle: I have always loved odd sounds. In a way my music can be considered sound art more than anything else because I am always looking for a specific tonality. That is also how I chose my instruments. Anything that sounds unusual attracts me immediately and that is how I discovered my instruments. 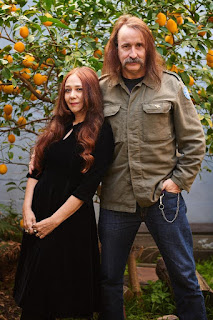 DE: The result we hear on Menetekel is a very rich sound. Also quite unique, the only reference I could make in my review was Swans, with Jarboe. What’s the most original comparison you’ve already heard when people want to describe your music?

Alexander: The most original, I suppose, was to be compared to “The Revolutionary Army of the Infant Jesus”, an obscure English neo-folk band.

DE: Alexander, I always was (and still am) a big fan of the Crossing The Bridge documentary you made with Fatih Akin, that deals with the vivid music scene in Istanbul. I was in Istanbul twice, and you succeeded in bringing the feeling I experienced when you dwell through this wonderful city. In the documentary you also played together with Turkish musicians. Do you still have contact with some of these artists?

Alexander: I’m still in touch with Murat Ertel of Baba Zula, in him I have found a kindred soul concerning our musical tastes and sense of humor.

DE: The artwork of Menetekel is based on the iconic painting of American Gothic. Was there a particular reason you’ve chosen that work?

Danielle: I was not thinking of that painting when I was doing the lithography. Originally I did not plan for it to be the record cover, I was just experimenting on this technique and as our nomadic journey is my main artistic theme momentarily I tried to convey what we feel like at the moment. When Alexander saw the first result he said: That is our record cover!

DE: Menetekel refers to the writings on the wall in the Bible, just like Jericho. Alexander sang in the past with Einstürzende Neubauten of ‘Der Schacht von Babel’. Why this fascination with the Old Testament? Is it just because of the beautiful stories, or does it have a deeper meaning?

Alexander: We study a variety of sacred texts. I consider music, all arts actually, but mostly music, to be a direct means to get in touch with the Devine and cherish and respect the craft for that quality. Creating vibrations like that is a matter of cause and effect, which should not be taken lightly. Music is spiritual by default and as a spiritual person I am interested in spiritual allegories. 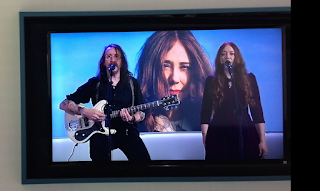 Danielle: Interestingly our journey feels biblical in many ways, like a pilgrimage towards some kind of truth. This kind of search touches many basic human and social themes, which often are mentioned in spiritual books, one of them being the bible, so becoming immersed in these subjects has become part of our work. This obviously influences our music.

DE: Globetrotters as you are, you must get in touch with all kinds of habits and religions. Do you adopt things of those impressions in your daily life?

Alexander: Yes, we research, discuss, meditate and try to adapt what we learn in our work.
Danielle: Yes we have learned a lot from the different cultures and countries we have experienced on this journey and they influence our thoughts and development.

DE: We’re very delighted you are going to play the Black Easter Festival, what can we expect from your show?

Danielle & Alexander: We will be performing our current album Menetekel, songs from our last album Perseverantia and new songs that will  be released on our next album.