Messier 39: It's a way to get a grip on my sometimes bizarre reality, to convey it without giving everything away. 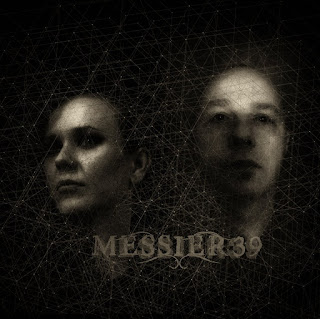 Take a look at the stars if you want to see Messier 39. Indeed, it is the name of an open cluster of stars at 825 light years from our planet. It is also the name of an exciting new project of minimal wave, consisting of the Belgian Jan Vinoelst on keys and the Polish-Dutch Ludwika Jakubowska on vocals. We saw their first performance on the Black Planet Fest on Friday October 14th, and soon we will host them at our very own Dark Entries Night at the Kinky Star in Ghent. To introduce you to this interesting newcomer, we shot a number of questions at the duo.

Hi Jan and Ludwika. You form Messier 39. How did you meet? Did you immediately plan to make music together?

Ludwika: I saw a call for a singer Jan had posted on facebook. I immediately reacted and sent him some covers which I have sung a long time ago. He contacted me to say that my voice suited his music and ideas. That’s how our collaboration began. We were both very excited and really wanted to make it work. We wanted to do a project where we would both be satisfied.


The name ‘Messier 39’ refers to a star formation. On your bandcamp page, I read that it is a ‘celestial object typically seen as one star but in fact it consists of tons of far away stars acting together as one…’ I want to know more about that.

Jan: You can see Messier 39 as an apt metaphor that illustrates the geographical distance between the two musicians on the one hand, and on the other hand a network of musical ideas, in time and space, connected to each other, and eventually the songs as palpable whole.

Your debut EP 'Coil' came out in June. How were the reactions so far? 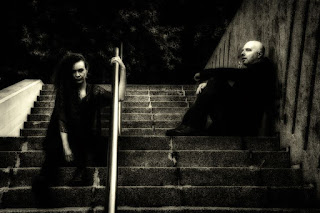 Jan: ‘Coil’ mainly aims to introduce Messier 39 in the scene. We see daily movement on the bandcamp page and also on the SoundCloud, so it’s doing great.

Ludwika: The reactions were very positive and many were disappointed that the physical copies were sold out so quickly. It has been said that some things could be better in terms of recording and mixing, something I can agree with (but don’t listen to me, I'm a perfectionist). It is intended to give people an idea of ​​what we are doing, it just happens to be our first - self-released - issue, which is rather a preview on our LP.

When I listen to your music, I think of of Sixth June, Minuit Machine and especially Keluar. How do you feel about such comparisons?

Ludwika: They are all names within the genre which I really appreciate, so it's nice that people think we are on a similar line as them. But each of those bands - including ourselves - have a unique style. I think people always need to categorize. They make connections with what already exists and what they know. Ultimately, we want to sound as Messier 39 and create our own distinctive signature.

You play minimal wave, a style that is very 'in' nowadays. It even manages to attract a younger audience to a scene that seems to consist mainly of people in their forties and fifties. Do you consider yourselves a part of this larger movement?

Ludwika: Although I like to listen to minimal wave and definitely take inspiration from it, I never feel part of a group or a movement, either musically or personally. At the same time I think that many interesting developments are currently taking place and I also want to support the surrounding scene. It's a paradox. 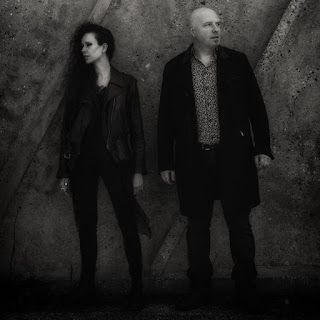 Jan is from Belgium, Ludwika from the Netherlands, and even originally from Poland. Do you see differences in the scenes in these countries and did this affect your approach in Messier 39?

Jan: These differences are not something we necessarily stood still with. A natural synergy emerges between our worlds and experiences with which we can start to write new songs.

Ludwika: I have the musical vocabulary of Polish music, but not necessarily from the scene. I bring along the Polish language and roots that are a source of inspiration. Ultimately, the creative process is very organic and I don’t care if a scene affects it or not.

The lyrics are very intriguing. They are often very personal, but also cover issues like magic. Can you explain more?

Ludwika: My lyrics are indeed very personal and deal with thoughts that I have and events I experience. It's a way to get a grip on my sometimes bizarre reality, to convey it without giving everything away. Ultimately, I like it very much that I am the only one who knows what the lyrics are all about. The audience can give their own interpretation to it.

I went to your first gig in June. I certainly was not the only one who thought it was excellent. Were you satisfied?

Jan: It really tastes like more. We left our first impressions and immediately received good reviews. It was a very rewarding performance. 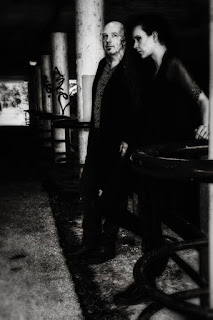 Ludwika: It could have been better in terms of sound, but overall I loved to perform there. It's a very nice feeling to have worked on something together and to present it to an audience responding so enthusiastically. I get a lot of pleasure and satisfaction out of performing. I hope we will have the chance to perform many times again.

Ludwika: Yes, we are working on it very hard.

Jan: ‘Coil’ was deliberately released as a limited edition CD. The reason for this is that on the one hand it is a self release, and then also because we have negotiations with a label for an album on vinyl.

You are both engaged in graphic art, if I'm not mistaken. Can you give some more explanation about this? Do you see a connection with the work of Messier 39?

Ludwika: Well, not quite. I have a background in classical painting techniques, but I get a lot of inspiration from the graphic arts for my own projects. I especially like the meeting of organic forms with clean graphic lines, fractals and geometric shapes. These forms are reflected in the accessories that I make and also in the things I want to contribute to the performances of Messier 39, as well as for designs record covers. I think it's good a gathering of organic and synthetic in the style of Messier 39.

On October 14 you play on the Dark Entries Night at the Kinky Star Ghent. Will it be very different from the first gig? What can we expect? 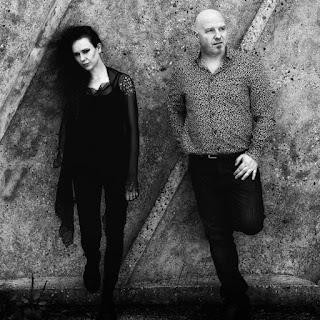 Jan: We're going to throw some new songs in the set, of course. But we also want to radiate at least the same energy and convince the public again!

In Eernegem, you already played several songs that are not on the EP, including a song in Polish. I know you are now writing new songs now. Do you plan future releases? What are your future plans?

Jan: The new songs will appear on the LP, but we will be busy for some time in the studio. We hope to release it before the end of 2016. Moreover, there are a number of organizations in Belgium, the Netherlands and France that will give us a stage in 2017.

Ludwika: So, the future? We will continue to make new music, more performances, more releases, continue to grow creatively and get great pleasure from the whole process.