Merciful Nuns-singer Artaud Seth : I don't like the term Goth-Rock. It sounds so traditional, mostly bored and uninspired like the million of other Goth-Rock bands out there. That's not my cup of tea.


With Thelema VIII Merciful Nuns released a fantastic album. It’s theme was inspired by Crowley and Rabelais : Do What Thou Wilt Shall Be The Whole Of The Law.   We thought is was a nice theme to chat about with Merciful Nuns-singer Artaud Seth

Hi Artaud, with Merciful Nuns you just released your 8 th album Thelema VIII, which is a concept-album, based on the lifes of Aleister Crowley and François Rabelais.  What’s your opinion about those characters ?
Artaud: François Rabelais was a French writer and lateral thinker who wanted to establish a new form of society at the beginning of the 16th century – the Abbey of Thelema; where the people were supposed to live in complete freedom, guided by the single canon: “Do What Thou Wilt”.  He is worshipped as the creator by the population upon my ficitionally planet called “Thelema VIII”. If you hear the first seconds of the album, it is, if you like, a kind of introduction to the prevailing scenario on planet “Thelema VIII”.  The population gathers at the central assembly point and honours its founder Rabelais. Here begins the journey into the depths of a dystopic society living on a distant exoplanet according to Thelematic principles. "Thelema" stands for rebellion and insurgence. Or, put in a different way: it symbolizes the conquest of one’s own limitations within. Here too we call upon willpower. Conquer your fear. Resist, gather together and change the situation. The British occultist Aleister Crowley has taken this guideline for cohabitation and expanded it later on, introducing it into his Thelema temple.

Thelema is Greek for ‘To Will’. Do What Thou Wilt Shall Be The Whole Of The Law. Don’t you think if mankind can do whatever they like things can go out of control ?

Artaud: The album’s subject matter, or more specifically: is the awakening of individual will within every single one of us. Like a golden thread running through the revolutionary projection to enforce one’s own will, oppose and reject oppression; determine one’s own path according to one’s own ideals and without compromise. Why revolutionary? Because modern society pursues coordination and synchronisation rather than individuality. “Do what thou wilt shall be the only law” – addressing individual freedom and “Every man and every woman is a star” – denoting gender equality are the center quotes of all. These tenets for gregariousness were transferred to a distant exoplanet in order to bear fruit in a dystopic society.

Doing whatever you like will end in freedom for all. The theme of freedom but also dystopia are parts of the Thelema-album. In what way you think freedom and dystopia can work together ?

Artaud: Freedom is the central theme on “Thelema VIII”. Freedom of the individual, in particular freedom for woman, living out one’s individual inclinations and wishes; to satisfy the self and indeed the original goal of existence: personal fulfilment. This may sound abstract when taken in context to the fictitious society on “Thelema VIII”, yet nonetheless quite easily transposed onto our society in the present. We are here ALL but once! EVERYONE has but one chance for a beautiful and fulfilling life!

Who are The Aeons ?

Artaud: Beyond our minds. 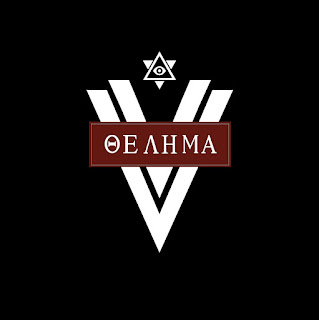 By yourself so now and then you are living in your own created Exoplanet. What do we have to know about that planet ?

Artaud: I could now tell you everything and nothing. After all I have envisioned it. Perhaps it would prudent to state here that we are traversing terrain of fiction. This planet is not real. It is an effigy of our own society in light of a past shaped by outside influences. And even this claim is essentially nothing more than conjecture; albeit rather plausible and more than just a statement of possibility.

In some way Merciful Nuns can be described as an occult goth-rock band. Where did you find the fascination about this occultism ?

Artaud: What is occultism? Occultism only works in an environment of a religious, mostly Christian faith. I don’t have such a faith; or rather: I have the certain knowledge that God, by whatever name, does not exist! Religion is an illusion fabricated by humans and thus obsolete.

That kind of occcultism looks to me is what you can hear in a song like L.V.X.  Dark and morbide. Right ?

Artaud: “L.V.X.” particularly is, to my mind, very felicitous indeed.  A song can’t be much darker and morbid than this one. The lyrics are reminiscent of Baudelaire, Rimbaud or even William Blake. Defintely one of the gothy songs ever written.

Are we wrong saying the Thelema-album is the goth-rock version of The Book Of The Law ?

Artaud: I don't like the term Goth-Rock. It sounds so traditional, mostly bored and uninspired like the million of other Goth-Rock bands out there. That's not my cup of tea. And no, "The Book Of Law" has no central roll doing and creating "Thelema" at all.

Shortly before Thelema VIII there was The Allseeing Eye-EP. In what way can we add that song in the theme of Thelema ?
Artaud: The song has a quite simple structure. To be honest this song almost came too easy to me and hence I pondered for quite some time whether it would actually do the album’s atmosphere justice. In the end I’m glad having forced myself to include it on the album. By now I do consider “All-seeing Eye” as a real enrichment, felicitous and intelligent pop song. 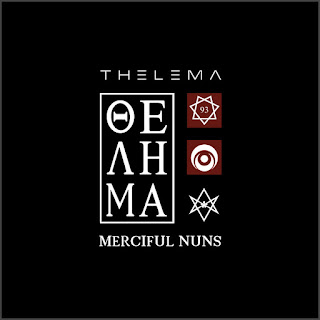 The track Isolation did not appear on the album. For the same reason ?

Artaud: Same as with Allseeing Eye yes. And one "pop" song is enough for an album, isn't it? But however i like the song.

Crowley was getting his words for The Book Of The Law by the ghost Aiwass. Where do you find your inspirations ?

Artaud: (laughs) Well, its not Aiwass. As you may know i visited the original Thelema Temple in Cefalu, Sicily, and he doesn't speak to me in the chamber of nightmares at all. However i think the inspiration comes from my curiosity about the dark side of things. I am always searching for images that combine the past and the future. I believe in cycles, the perpetual return of what has gone before and I can see parallels between the high cultures of antiquity and futuristic societies. I believe in unknown cultures, from so far back in time that there are no more discernible traces from them in the classic sense; highly advanced cultures in antiquity, perhaps even older still. Ancient advanced cultures like the Sumerians, Egyptians, Maya and their adoration for divinities from “beyond” always appear to me as an effigy of the future.  By now I have arrived at the inescapable conviction that we have already been visited by these so called advanced cultures. Nowadays these visitors are worshipped as God or Gods by us.

You are creating by yourself the artwork of the Nuns-albums. What will all those symbols wanting to say ?
Artaud: Those symbols, sigils and hexagrams guide me though the journey of creating an album. F.e. the frontcover of "Thelema VIII" showing three Thelematic seals next to the Greek letter for “Thelema” which i found on the original walls of Thelema Temple in Cefalu. Or the cover of the single “All-seeing eye” features the symbol of the dystopic society on Thelema VIII. The symbol features a double “Victory” sign which I have crossed with the Greek word for “Will” (Thelema). Victory requires the Will. Obviousley those symbols help me to get into the whole story.

November the 5th Merciful Nuns are playing in Belgium, at Dubhfest in Poperinge, what do we have to expect from that gig ?
Artaud: I really looking forward to that gig. We have a strong community base in Belgium and i am pretty sure we will celebrate together a big gathering.

Many thanks for this interview !
Artaud: Thank you. See you at the Dubhfest.