Organic: Empty century corresponds to our society: so quick, so rushy, so stressful and in the end completely empty.

With ‘Empty Century’, Organic has shown that they could surpass the success of their debut album ‘Under Your Carbon Constellation’, and will last in the Belgian underground scene. They will soon be playing at Black Easter in Antwerp, and that was an opportunity to question them about their new album.

You just released your second album, under the title ‘Empty Century’. Which automatically leads to the question: why is the century empty?
Empty century corresponds to our society: so quick, so rushy, so stressful and in the end completely empty. Virtual friends, easy listening, fast food, globalization and loneliness: I'm not sure if we can save something coming from the beginning of the century. I sincerely hope that people will react, otherwise THX1138 won't be a fiction... 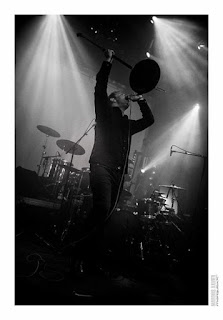 You evolved a bit with the new album, though it is obviously the successor of ‘Under Your Carbon Constellation’. The songs are more direct and danceable. Was that a conscious decision?
Yes and No. We worked more like songwriters by compiling verse and chorus. On the previous album, it was based on jam sessions and sound labs. We still like to write songs like “Mystical color” or “Moneytron” to explore different musical universes. We still like to mix different music inspirations (from cold wave to prog rock). Next album will probably be a bit more psychedelic.
Empty Century is also the first record with drummer Olivier Justin. Perhaps his style has influenced you to make this record more direct... 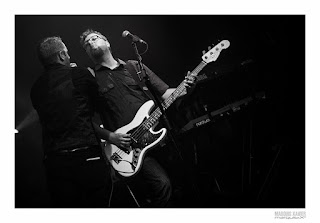 For Under Your Carbon Constellation, Olivier had to cancel the first recording session due to a motorbike accident. After some physiotherapy treatments, he joined the band that's why some early songs were based on groove boxes. But Organic is now a real trio in studio and on stage. Real drums allow us to deliver more feelings and fun on stage.
There’s also a prog touch in Organic. I think about an epic song like Mystical Color, which closes the album. You did a song in the same vain on ‘Under Your Carbon Constellation’. Do you like to build up songs in different sequences?
It's more or less a kind of tradition to close the albums with such kind of tracks. We are fans of prog music and post rock and it's a wink to it.
The new cd contains a cover of Agent Side Grinder’s Rip Me, on which you even retained the original voice. You still recognize the original, but it’s fairly original. You seem to know the people of Agent Side Grinder. How did they react to your version? 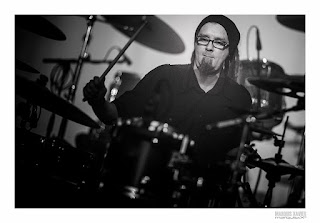 It's a long story. First of all, we met them in Stockholm for the first time. It was on the occasion of our joint release party. We were impressed by all their analog devices on stage. So we decided to do a remix for their remix album SFTWR but we were a bit too late. We realized that it was more than a simple remix. Drums, Bass and Keys were totally rebuilt. After a very good feedback from Agent Side Grinder, they agreed to allow us to integrate it in “Empty Century”. Otherwise the track would be lost somewhere in our studio.
You changed labels for the issue of Empty Century. It was released on Manic Depression Records and Swiss Dark Nights. In our previous interview, you said you were happy with your Swedish label, as your music was more ‘nordic’ or ‘germanic’. So, has your music become more ‘latin’, or did you have another reason to change labels? 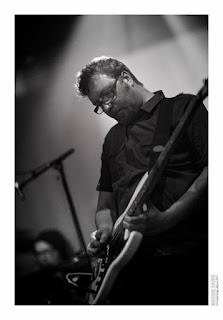 Complete Control Productions was a label specialized in EBM and Under your Carbon constellation had some flavours coming from this kind of music. Empty Century has a different spirit with less machines. We are closer to Geometric Vision than to Severe Illusion with this album. We also expect to have more gigs in France (which is logistically easier to organize).
Raphaël, 2015 was a very productive year for you, because you also released the first tape by Kinex Kinex. Is it important for you to have a solo project besides Organic?
No, this is not important. Composing music is a way of life for me. I write a lot and I keep with me a varied work. As I had more songs with a different feeling than Organic, the approach is a bit more personal. So, I save this to the Kinex Kinex project.
Tell us something about the title... what is a Polytheistic Christmas?
To believe in many gods during the Christmas time. Funny no ?
Hilarious, indeed. What are your plans for the future, both with Organic as with Kinex Kinex?

We are currently writing new songs for Organic. So Kinex Kinex is currently paused. 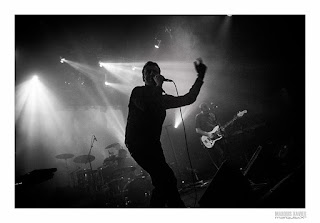 Organic will play at the Black Easter Festival in Antwerp on Sunday, May 6th.